Nollywood Actress, Joke Jigan, has lashed out at a follower who accused her of ‘not being proud of her dark skin’ following her ‘before meets after’ post on Instagram.

The pictures which were shared by the actress portrayed a visible change in skin colour as she appeared dark-skinned in the former and light-skinned in the latter.

The follower said, “This is rubbish. You’re not proud of your dark skin hmmm secondary slavery”.

However, Joke clapped back saying, “your mother wasted 9 months of her life because of 200 naira postinor! I weep for her.”

Here are photos of the conversation. 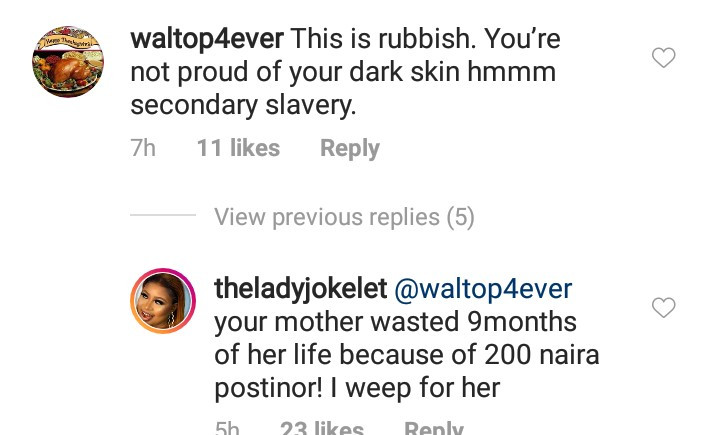 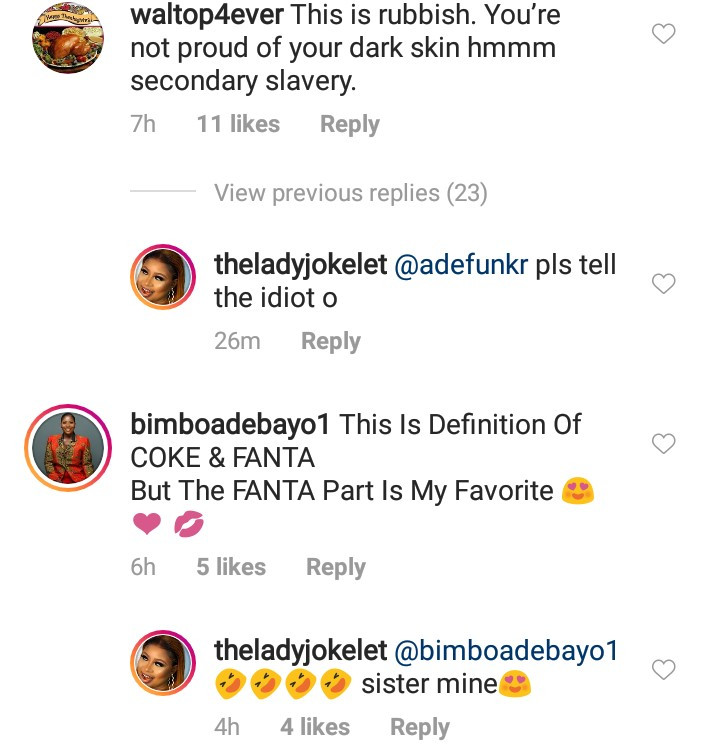