Non-remittance of pension contributions should be criminalized – NLC

Ayuba Wabba, the president of the Nigeria Labour Congress, has emphasized that any employer of government who does not remit pension money being deducted from workers’ salaries deserve to be arraigned as a criminal.

The NLC comrade shared the opinion after news that only a few states including Kaduna, Delta, Ogun, Rivers, Lagos, and Niger have been able to make commitments by paying into the retirement savings account of their workers.

Wabba further mentioned that even though some other states such as Kebbi, Ondo, Zamfara, and Anambra had begun to carry out the payments, they were yet to fully remit what was due to the workers. 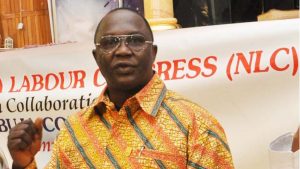 He explained that he was aware that there were two retirement plan options in the states, nonetheless, there was no reasonable excuse for not crediting the retirement benefit accounts.

“We have said that it is violation of the law, particularly the Contributory Pension Act if you do not remit the workers’ contribution and that of the employers into the retirement benefits account of the workers. This should not be condoned, it should be criminalised. This is the position of the NLC on the matter.”

Also, read: “We are not yet at the point of removing subsidies” – Finance Minister

Censors Board Seizes Pornographic Films Worth N2.5bn In 2 Years