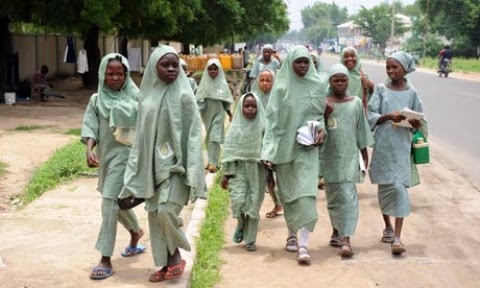 A group, the United Alliance has said Northern elders and politicians, not President Goodluck Jonathan, should be held responsible over the abduction of 200 school girls from Chibok, Borno earlier this month.

The group through a statement issued by its Northern coordinator, Mallam Bashir Ado said protesters should direct their greivances towards Northern politicians and elders whom it described as the masterminds of the abduction.

“The disappearance of the girls is part of the Northern elders agenda to embarrass and distract the Goodluck Jonathan government.
“They deliberately took the girls away to create an impression of insecurity and paint the picture that nobody is safe in the country, whereas they are the architect of these self-inflicting wounds aimed at distracting a working government,” Ado said.

The group said the school authorities intentionally disobeyed a directive by the Federal Government ordering a closure of all schools in troubled areas.

“There was an instruction initially to school authorities in the area to evacuate students from schools because of insecurity and the parents are aware of this. Why then would the authority refuse to yield to such sensitive instruction if there was no pre-
conceived agenda to lash on the perceived state of insecurity to organise the kidnap of their own children and put the blame at the
doorstep of the Federal Government?”

It added, “The co-ordinated media interviews, which mothers of the alleged missing girls have been granting showed that a script is being acted. Those who claimed to have been born to rule should direct their energy at how to ensure that the unity of the country is maintained in diversity instead of constantly embarrassing themselves in the name of wresting for power.”