The The manager of Oando filling station at Otedola Bridge in Lagos was arrested this morning alongside his assistant for selling fuel to Jerry cans at high prices and for hoarding fuel.

The NNPC had earlier warned that they would be hard on any official caught hoarding fuel.

The duo were arrested during a routine checkup by the Lagos state Rapid Response Squad and the Department of Petroleum Resources Taskforce.

You can see the photos below 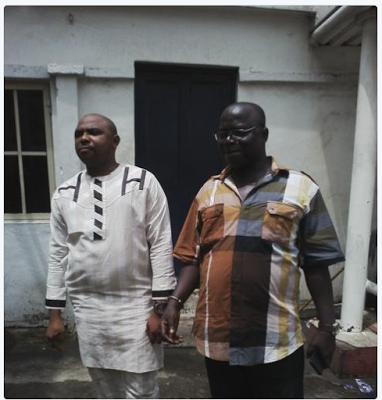 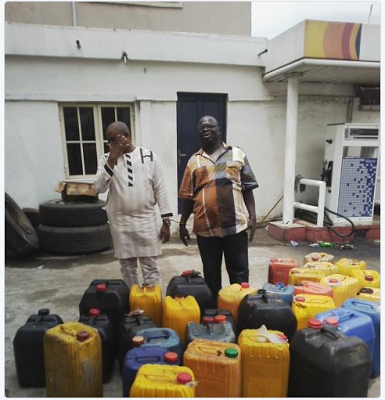