By Adefemola Akintade Last updated May 27, 2020

On-air Personality, Dotun Kayode has apologized to Jude Okoye for vilifying him in the downfall of Cynthia Morgan’s music career.

Cynthia Morgan revealed shocking details of her contract with her former record label boss Jude Okoye. Cynthia gained public sympathy after claiming she no longer has access to her name, VEVO account, social media accounts due to her contract.

However, Jude in his defence said Cynthia was the one who failed to honour agreement as she currently owes him about N40million. Although he denied taking over her stage name, the record label boss admitted he took over her VEVO account as means of repayment for what he’s being owed.

He posted screenshots of Cynthia’s contract and it showed a 50-50 sharing percentage between both parties.

Dotun has openly apologized for making hasty comments about the saga before new acts came to light.

“I have been in the Nigerian entertainment industry since 2004 and if there is anything the past couple of days have taught me, it is the importance of taking all sides of the story into consideration before forming an opinion (1)

“On the Cynthia Morgan story, I have taken notes from both Parties concerned &  I can only say that I have been hasty in publicly forming an opinion (2)

“As one that has experienced the growth of the industry, I am without doubt that we will continue to improve on the conduct of business and the regard for the rule of law (3)

“I have learnt that there is a way something seems and there is a way it actually is. To all the affected parties, I apologize. Empathy might not be applicable always. I learnt a new thing. Jude biko (4)” 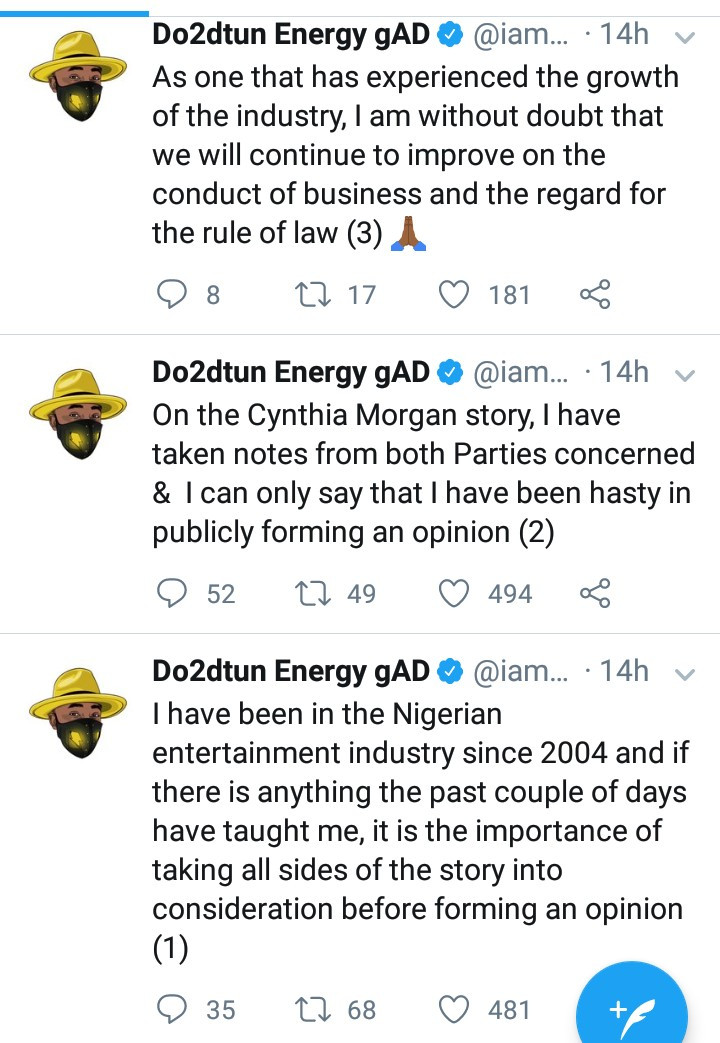 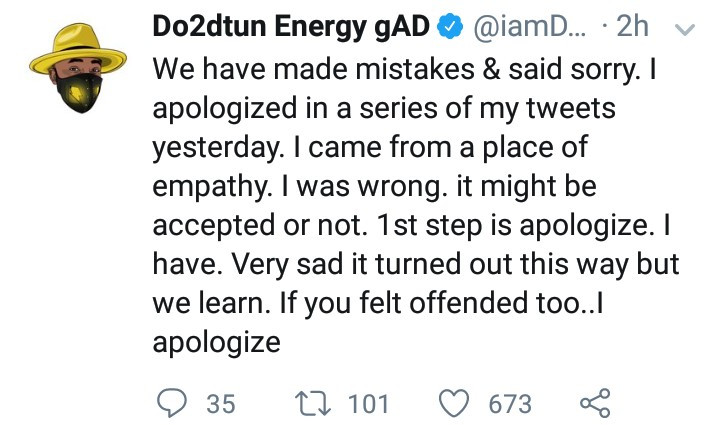 Child-Spacing: Rate of Contraceptive Usage in Gombe Rises to 17 Per Cent