According to reports from the Obafemi Awolowo University (OAU), Ile Ife, some hostels in the school have been taken over by bedbugs, leaving most of their mattresses infested.

Some of the students of the institution have cried out over the adverse living conditions in their hostels.

An undergraduate of the school, Michaael Kalis Oluwatobi, shared a photo in a Facebook group, saying they had to leave their mattresses outside in order to reduce the infestation.

He further suggested a total fumigation of their hostels, as that would be the necessary step to help exterminate the bedbugs permanently.

In the photo, several mattresses are seen spread out in the open while others are left to hang off the balconies. 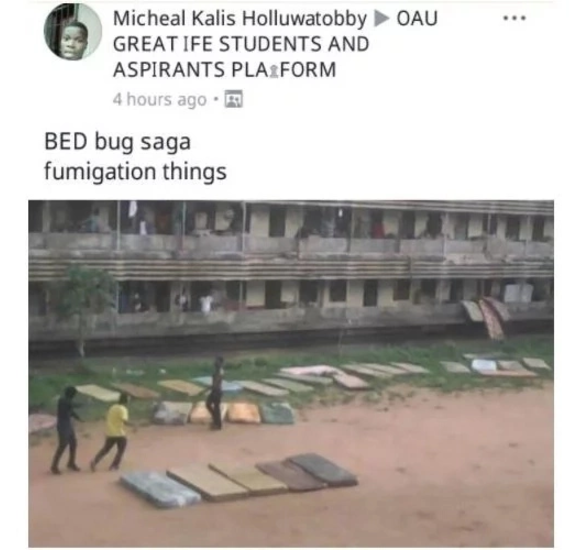 Senate to commence review of 2017 budget implementation in October-Saraki