Tiwa Savage was the biggest topic in the Nigerian music industry today, 18th of September, 2019 as she held a release and promotional party for her recently released single  “49-99” in Lagos. 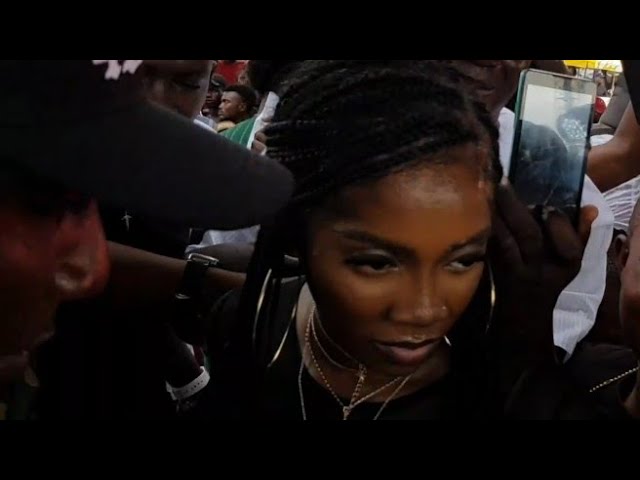 The event which took place at the Obalande area on the Island in Lagos was flooded by thousands of people. The bridge and every area that could accommodate any human were full to the brim as people wanted to catch a glimpse of the superstar.

However, before Tiwa savage started her performance, she was almost mobbed by thugs in the area who were willing to do everything possible to get money from the singer.

She was however guarded by a group of people to safety and finally escaped the aggression of the thugs.

Watch the video below: