Former Minister of Education and Former Vice President of the World Bank, Oby Ezekwesili, has tried to defend President Muhammad Buhari over the backlash he’s received over his request to Jim Yong, the President of World Bank, to focus humanitarian and developmental services on Northern Nigeria.

The World Bank President, Jim Yong, had made this revelation at a press conference, which sparked mixed reactions with some people labelling President Buhari, a tribalistic leader, who is full of segregation and nepotism.

President Buhari, in a statement, had tried to clear the accusations, arguing that his words were being twisted by a section of the media.

He stated that the crisis rocking the Northern state as a result of Boko Haram, was the motive behind the plea for Northern Concentration.

Dr Oby Ezekwesili, in support of the President, through her social media handle, explained that the president ‘s request was in line with the need to Reconstruct the North. 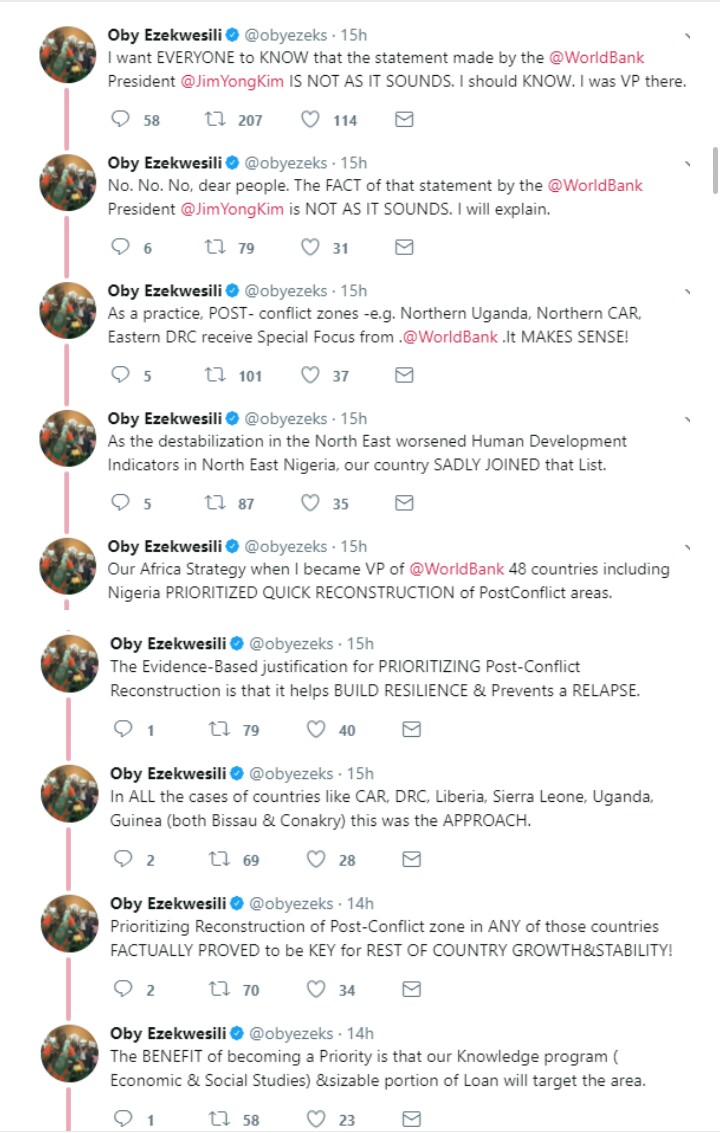 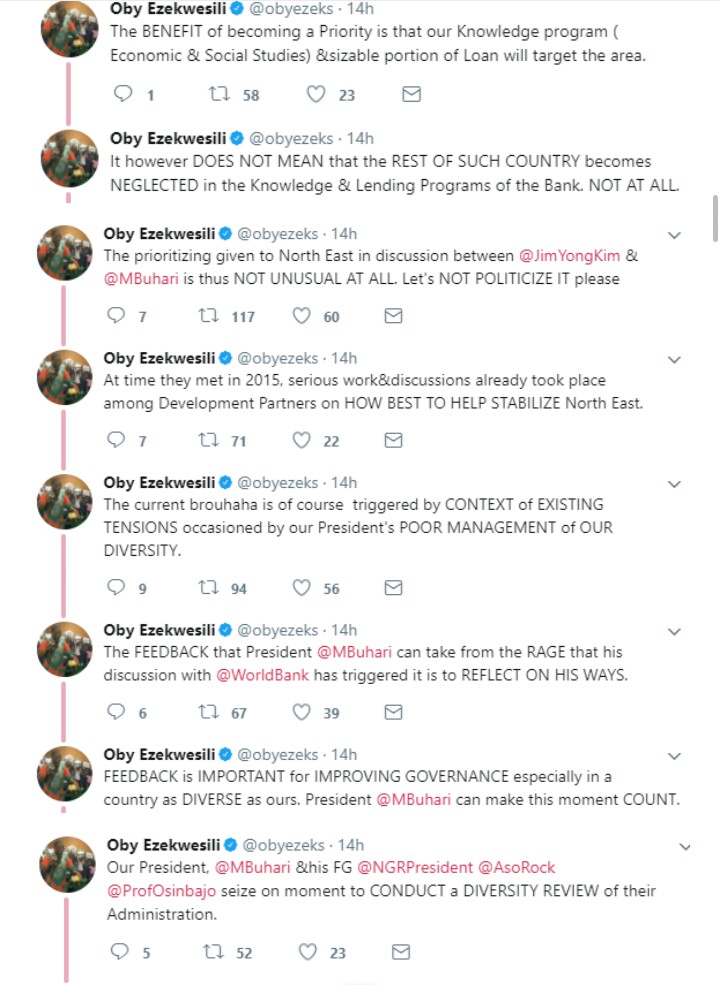 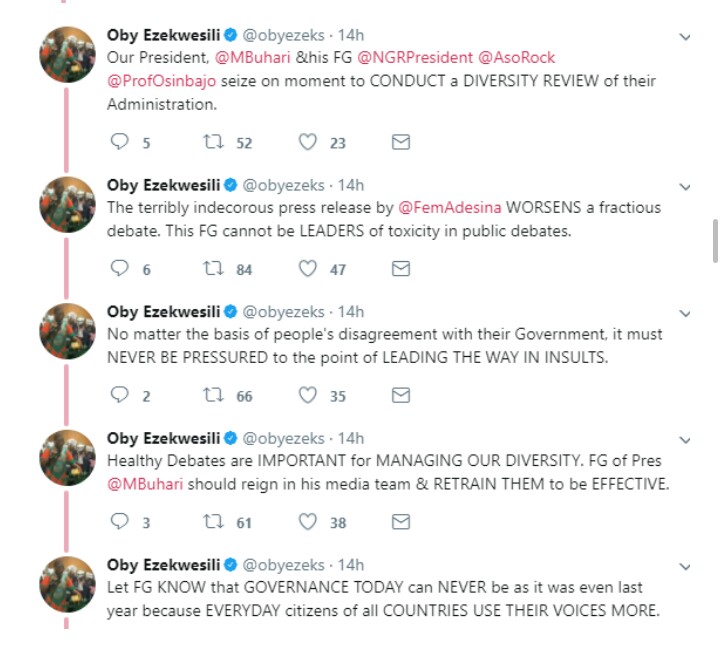