Odemwingie apologises to Keshi, may be headed to Brazil

Stoke City star Osaze Odemwingie has reportedly apologized to Super Eagles coach, Stephen Keshi over his twitter tantrum after a bad outing at the 2012 Nations Cup.

Odemwingie who has taken on a new form at Stoke City has reportedly apologized to Keshi and may be considered for the Brazil World Cup roster. 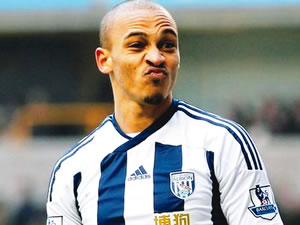 Keshi is human and was touched by the change of heart of Osaze in asking for forgiveness. He(Keshi) wants the best for the Super Eagles. Since Osaze is doing well in his club and has shown remorse, he will soon open the doors for the ‘’prodigal son’’, our source said.