Recently the Ooni of Ife Oba Adeyeye Ogunwusi who just recently returned from a three week trip to the United States of America, was caught on camera making comments about Jesus Christ.

The Ooni had been caught saying Jesus was his father, a statement that a lot of people absolutely did not agree with.

After the statement came out, people were seen online dragging the Ooni for his statements stating that it should be Oduduwa that he should refer to as his father.

Ile-Ife is the historical hometown of Yoruba culture and custom and commenters felt it was tantamount to hypocrisy for the Ooni to be claiming Jesus as his father.

You can see the video and the tweets below. 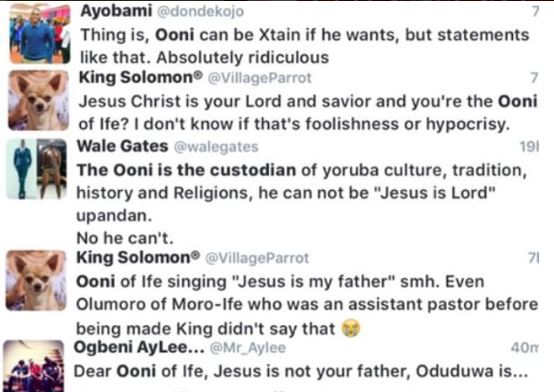