[OPINION] Lagosians! Brace yourselves, the beggars are coming

The “internal deportation” political media war has taken a new turn as the Governor of Anambra State, His Excellency Peter Obi, has given a mandate that all beggars have 72 hours to leave the state. The message was contained in a press release from the Governor’s office. It is not understood how the governor intends for this message to get to the beggars at the grassroots and at the bottom rungs of society. It is also not understood where the good governor wants to deport this people to but once can be sure Lagos will be a popular destination in His Excellency’s mind. 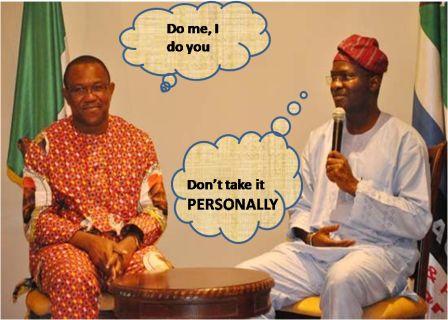 Was it not P Square that released , ‘Do Me!’, Well I guess its Governor Fashola’s turn because Obi is definitely, definitively a P Square fan. No matter the case, we should all brace ourselves not because of the actual beggars coming from Anambra, but because of those intellectual laggards at the helms of affairs of this country. As a political move, this is gold for Governor Obi, but at what price? Will he allow the continued reinforcement of negative attitudes, emotions and beliefs between Ndigbo and Omo Oduduwa, just so he can be a political conqueror come this November. What if this strategy fails him, he would have lost all political capital anywhere, anytime? However he would certainly retire well like any senior Nigerian politician, at least theoretically.

Lagos can handle whatever Peter Obi wants to throw at it, it is the only city that beckons hope to so many Nigerians from every state, geographical region, and religion. Its better Peter Obi sheathe his sword because unless he is playing politics of desperation there is no need to wade into murky waters. After all, Governor Fashola has deported Hausas, and even Yorubas before. As you can imagine, not much hoopla was made. One wonders if it is the ‘victimization complex’ that follows an ethnic group which identifies with the ‘Jews’, the Israelians are arguable the most victimized group in the world if the history books are to be observed. Or could it just simply be political calculations ahead of the November Gubernatorial elections. Whatever the case may be, Peter Obi would do best as to sheathe his sword because this is a battle he won’t win in the courts.

Presidential committee on COVID-19 decries extortion of travelers at airports

Nigeria peaceful in spite of pockets of insecurity — Gov. Bagudu