Outrage As 8 People Burn To Death Along Lagos-Ibadan Expressway

Nigerians have let out an outcry following a ghastly accident that occurred along the Lagos-Ibadan expressway.

In a bizarre incident, eight persons were burnt to death when a Mazda bus conveying them went up in flame after it summer-salted around the Saapade bridge-Straight Gate college corridor of the Lagos-Ibadan expressway.

The accident occurred on Saturday about 8:45 p.m. when the tyre of the Mazda bus burst, causing it to tumble many times on the road before going up in flame.

He added that the FRSC operatives contacted the Sagamu Fire Service operatives for a joint rescue operation.

The Sector Commander said that three injured victims were taken to Idera Hospital, Sagamu, while the Health Department of Remo North Local Government Area was contacted for the burnt victims.

Umar advised motorists to drive with caution, obey traffic rules and ensure that their tyres are in good condition.

However, some Nigerians have taken to social media to express their dissatisfied with the handling of the incident.

A user on twitter was concerned that there were no emergency services to rescue the situation. She said: “I don’t just get why there can’t be an emergency response unit or fire service somewhere along that express way.”

While other users could do nothing but sympathize with the families of those who lost their lives.

See the reactions below: 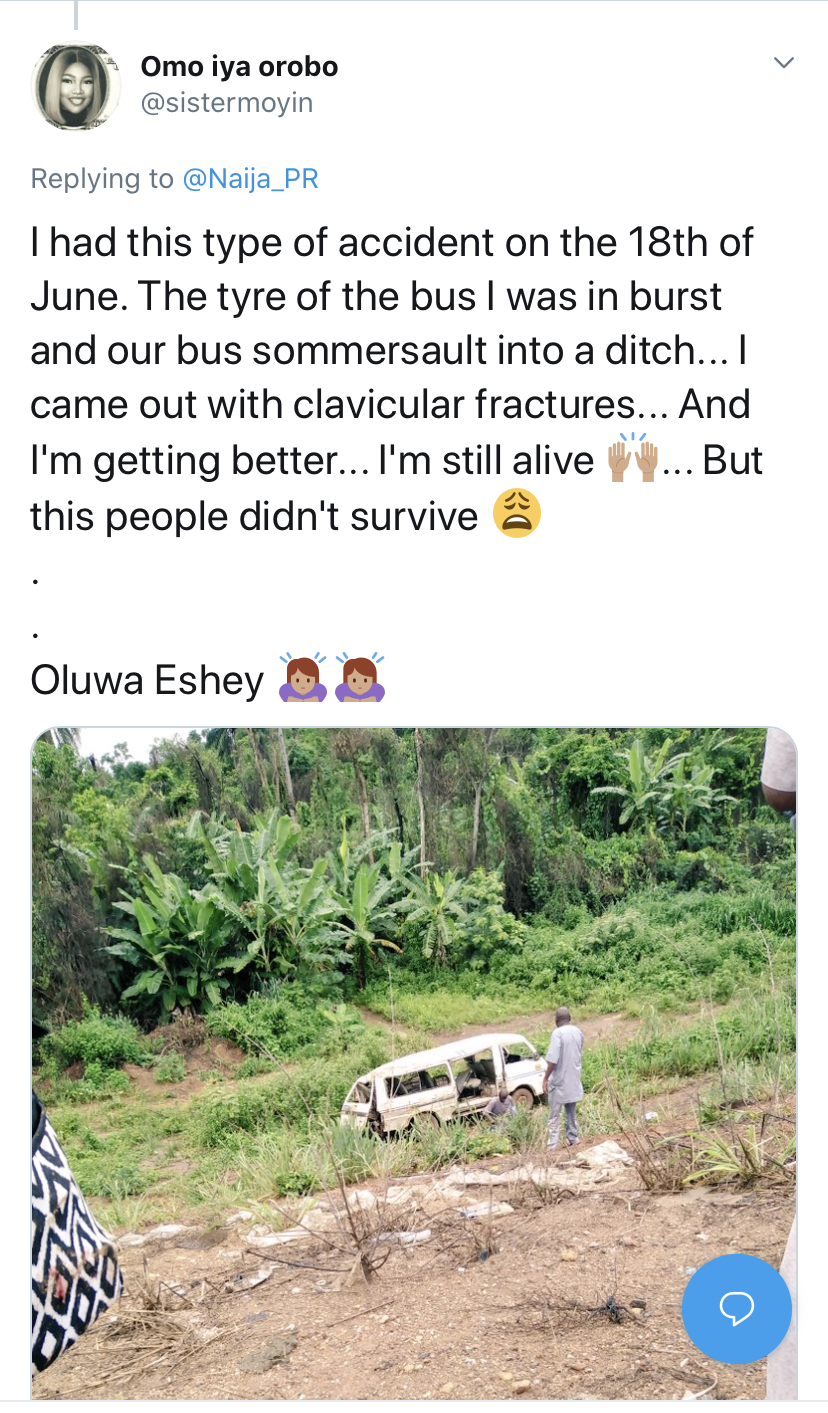