Mrs. Chinwe Ugwu, the Transition Committee Chairman, Nsukka Local Government Area of Enugu State, is presently in the eye of the storm for allegedly empowering youths in the council with wheelbarrows.

The council boss was said to have launched a wheelbarrow empowerment scheme at the Council Secretariat on Monday.

The wheelbarrows are said to be on hire purchase. 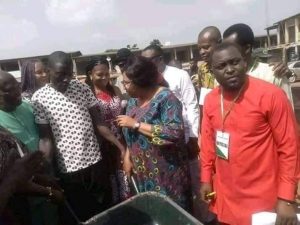 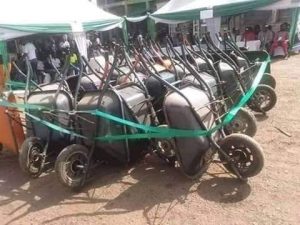 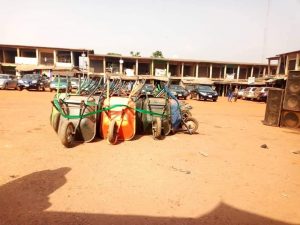 But Enugu residents and other Nigerians who saw photos of the event on social media berated Ugwu.

A Non-Governmental Organisation, Enugu Metropolitan Network, which first shared photos of the wheelbarrow scheme on social media, wrote: “In Enugu State a transition chairperson appointed by Ifeanyi Ugwuanyi the state Governor, has given out wheelbarrows on HIRE PURCHASE to people of Nsukka LGA.

“Enugu State is in the hands of God.”

A Twitter user, @Jade_jakes described the move as “moving forward but in the opposite direction”.

Another user, Mazi Chuka, described the scheme as “nonsense”.

The Herald can report that local government election in Enugu State is slated for February 2020.