From East to West, North to South, violence against our fellow humans unites everyone in the world.

BBC reporter, Graham Satchell broke down on live TV during an emotional broadcast from Paris this morning.

Satchell became so overwhelmed with emotion as he spoke about the aftermath of the terror attacks that claimed the life of 129 people.

He was talking about the hope he has seen in the French capital since Fridays massacre with people coming out despite warnings to stay in to mourn the loss of their fellow Parisians.

Viewers took to social media to praise his honest reporting. 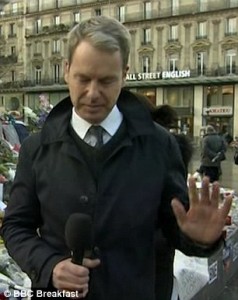 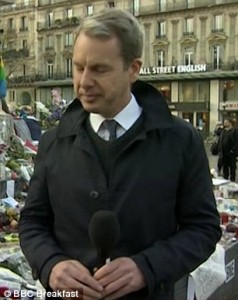