Bishop Charles H. Ellis III made headlines at Aretha Franklin’s funeral, and it’s not for delivering a soul-piercing word of God, but for all the wrong reasons as he was ”caught” molesting Ariana Grande on national TV.

The American singer and actress was one of the artistes who performed at the Queen of Soul’s funeral in Detroit.

While many people lauded her emotional rendition of “Natural Woman” at the event, some others also noticed the cringe-worthy moment when Bishop Charles H. Ellis III groped her on live TV.

From the clip, the preacher could be seen wrapping his right arm tightly around Ariana’s midriff and reaching for her breast, before saying, “I thought that [Ariana Grande] was a new something at Taco Bell.”

The young singer was visibly uncomfortable with the cleric’s ‘overtures’ and even tried to ward him off, but he held on.

See pictures and tweets below: 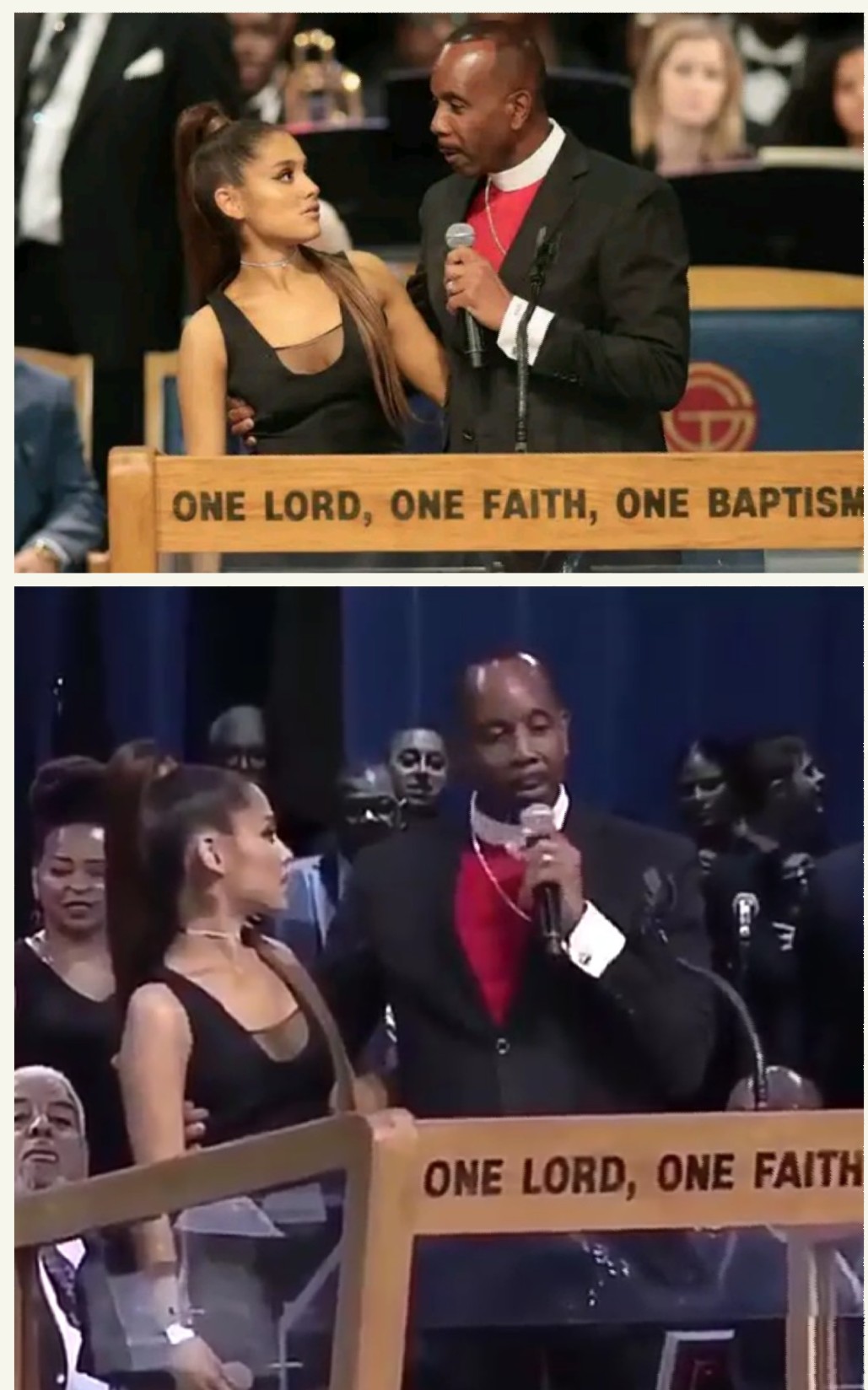 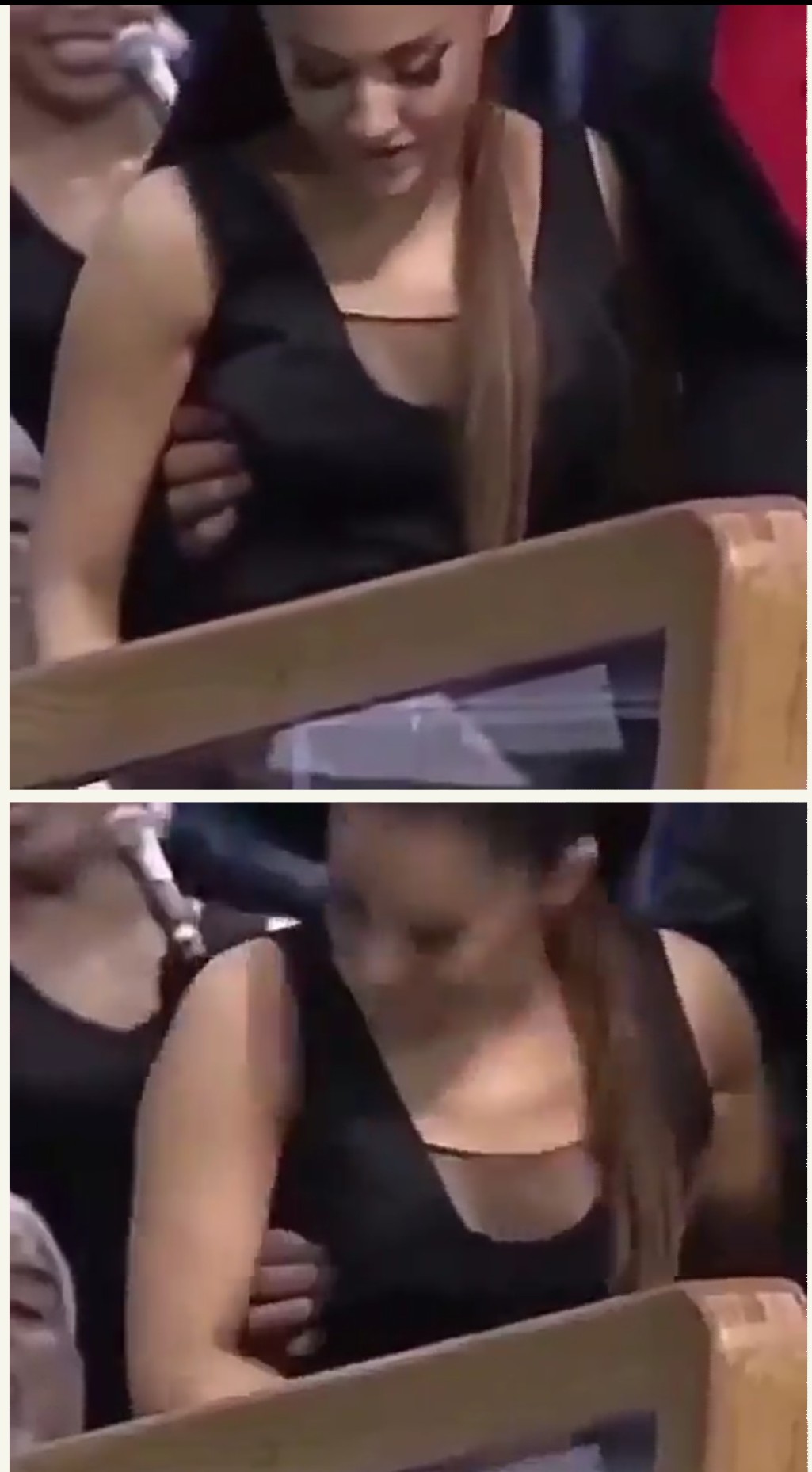 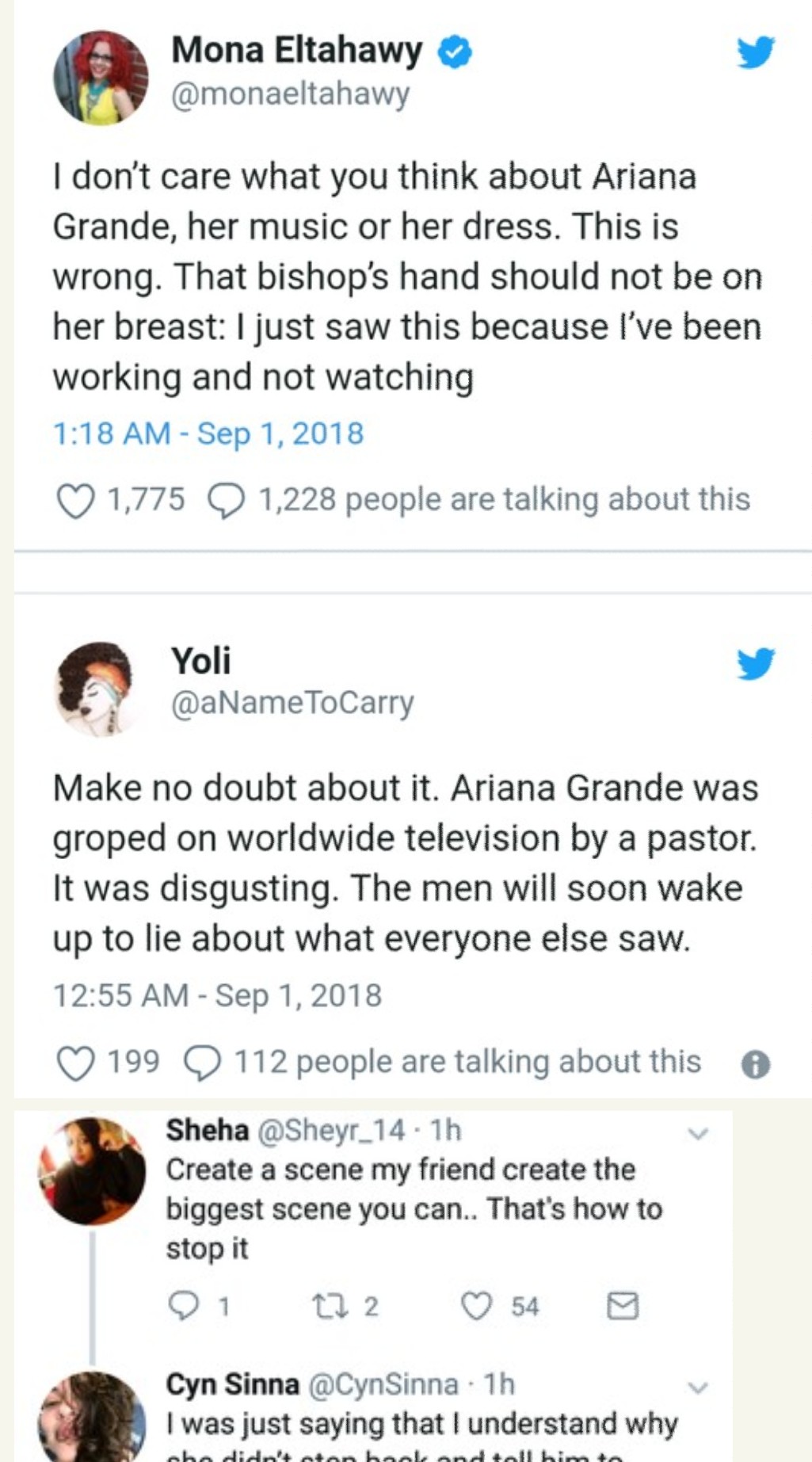 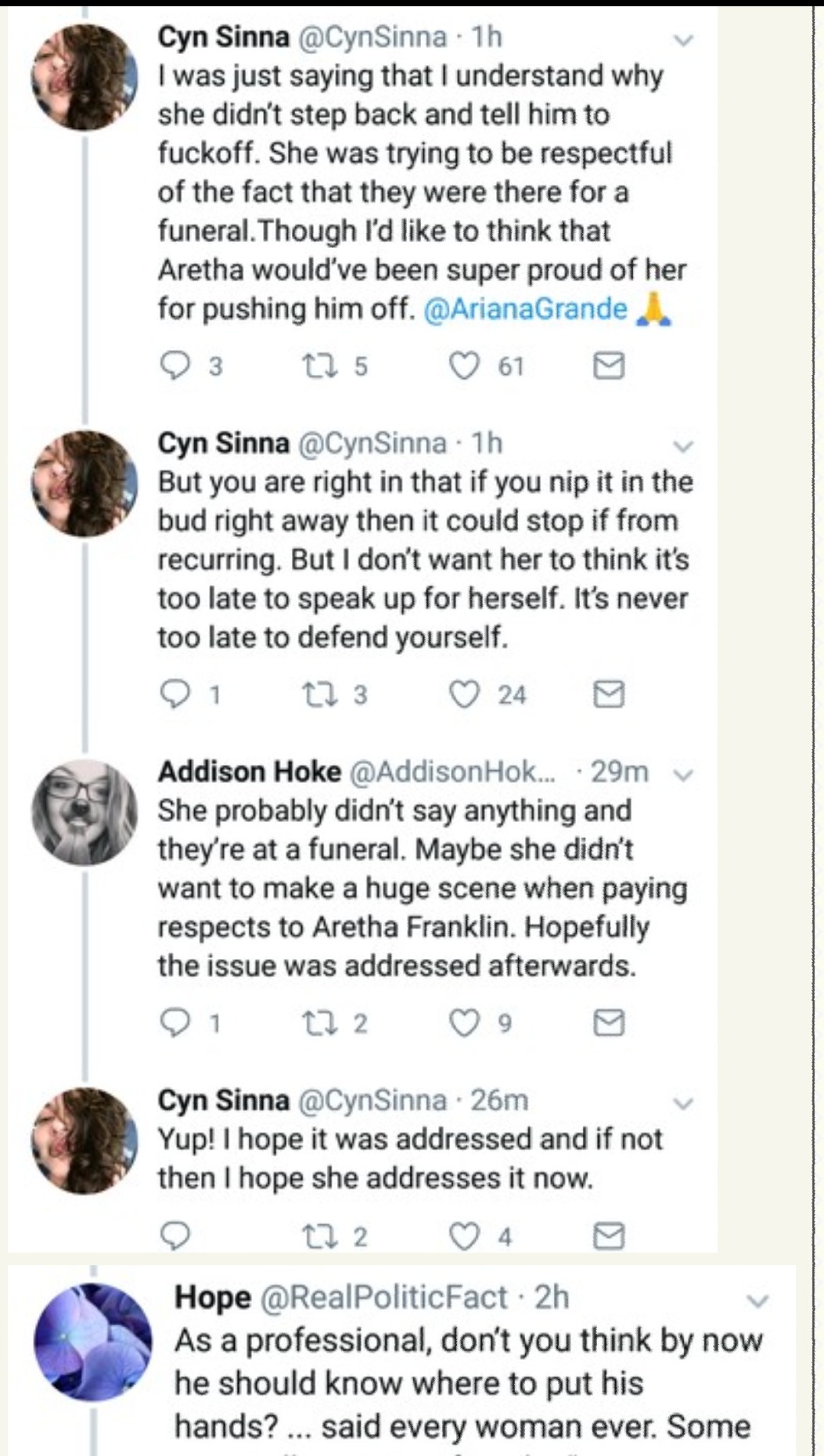 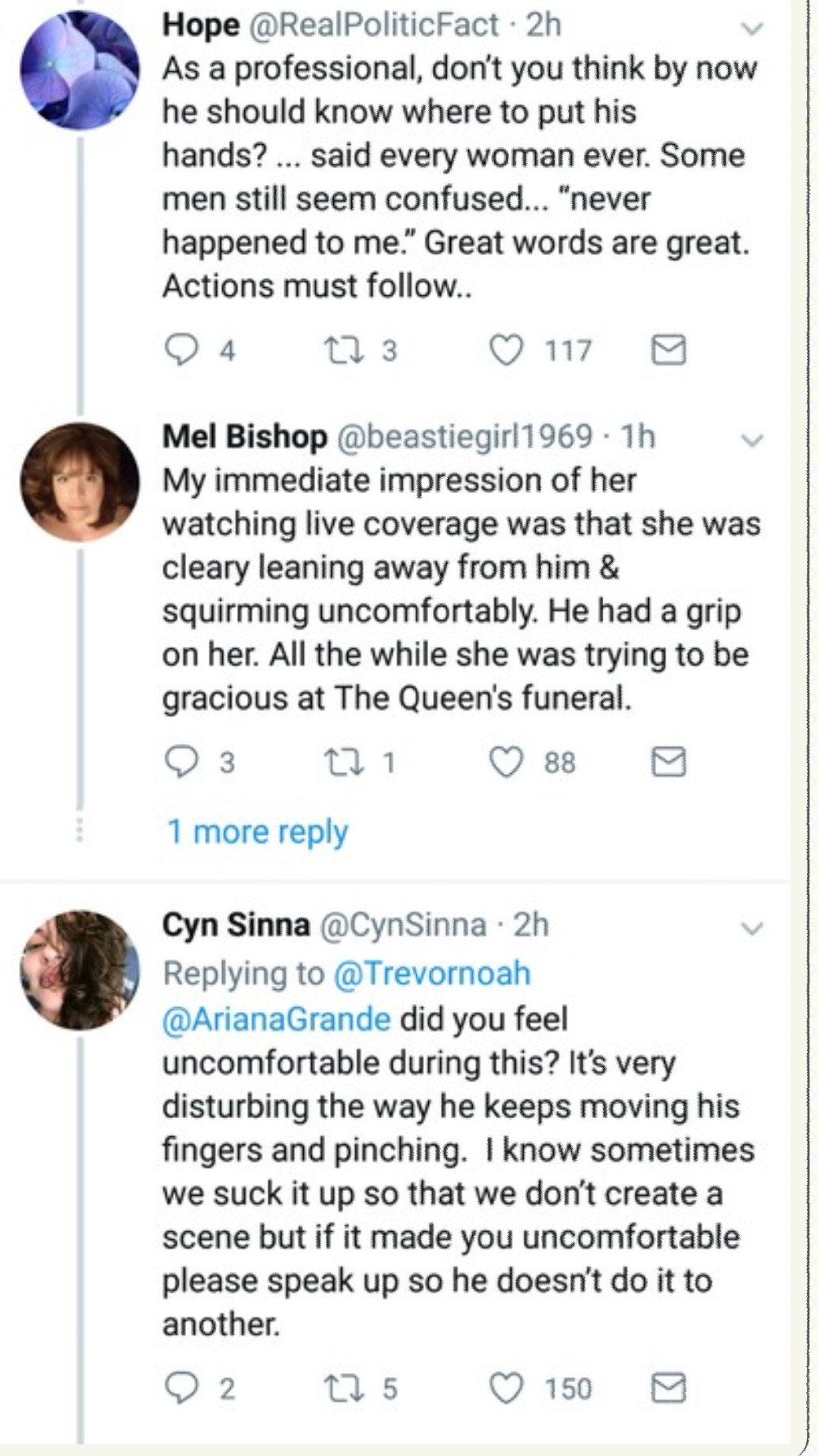