A Facebook profile of a lady who was sighted in Pastor David Wison’s viral sex video has been shared by an internet user.

In the video,  the pastor Wison of  BibleWay Ministries & World Out Reach, Inc., Texas, was sighted in the act with the lady identified as  “Corinthia Edwards.” It was learnt that the pastor asked  Corinthia to lead a role when things went the other way round.

The Internet user said: Her name is Corinthia Edwards, she leaked her sex tape because she was promised a lead roll in the choir for the church… 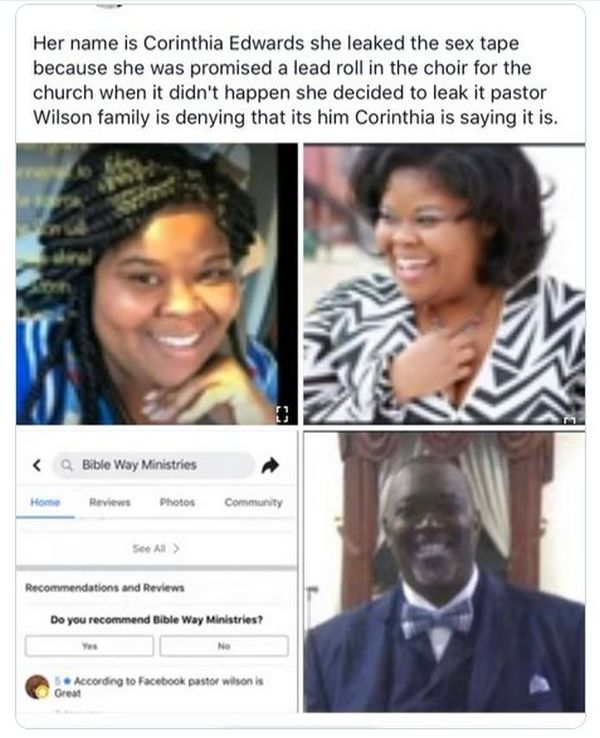 Earlier, The Herald reported that a video of a Ugandan Pastor in which he was showing his congregation how to correctly do the ‘Doggy style’ position during sex, went viral on social media.

In the video, the pastor was seen demonstrating the sex position. The pastor is seen instructing the male on how to hold the female and how the man should move his waist for an amazing orgasm.

Doggy style is a well-known sex position, and although some people see it as unholy, this pastor has taken it upon himself to show is congregation ” THE HOLY DOGGY STYLE”

COVID-19: WHO To Deploy Team Of Health Experts To South Africa