Peter Obi reacts to news of being denied US visa

Former Abia State Governor and PDP’s vice-presidential candidate, Peter Obi has vehemently denied rumors that his visa application to the United States of America was denied.

Before now, opposition parties had publicly claimed that Obi was part of the list of politicians who had their visa revoked after being blacklisted by the country as a result of their unpatriotic activities during the 2019 general elections.

However, Obi, through his media aide, Valentine Obienyem, has cleared the air, saying such rumors are unfounded. 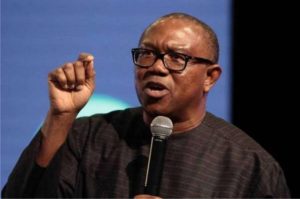 He said,  “Obi is a good brand such that organizations and countries are satisfied to associate with him because he has proved to be a highly responsible person/ politician.

“Those peddling the rumor are the same people that are exasperated by the honor coming his way and are desperately trying to associate his name with one crime or untoward action not purely out of hate, but out of the desire to prove that he is after all human and can sin a  little.”