Former President Goodluck Jonathan is currently presiding over a meeting of election observers ahead of the March 7 general election in Sierra Leone.

The former Special Assistant to President Jonathan on New Media, Reno Omokri shared a photo of the event on his Facebook page Saturday.

He added a photo of the event: 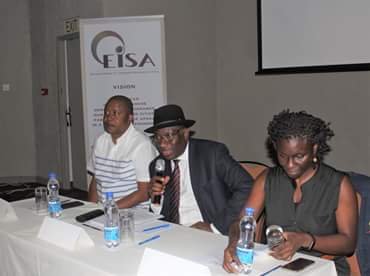 Jonathan’s spokesman, Ikechukwu Eze, had in a statement said that his principal had jetted out to Sierra Leone on Friday to head the mission made up of observers drawn from civil society organisations and election management bodies from across Africa.

Tension In Kogi As Thugs Attack Senator, Others

Buba Galadima: “APC and PDP are one and the same party”