The Ebonyi state government has allegedly placed a ban on the use of social media platform, Facebook for its workers.

According to a viral photo which surfaced online by a social media user, the state government under the leadership of Dave Umahi has instituted the social media ban for workers in the state.

The social media user, Chris Nnanna, took to his Facebook page to make the shocking allegation along with a photo of the circular which was released to effect the order.

According to the memo, the move to ban state workers from the use of the social media platform is aimed at curbing obnoxious comments against the Ebonyi State Government on social media.

See photos shared online by the social media user below: 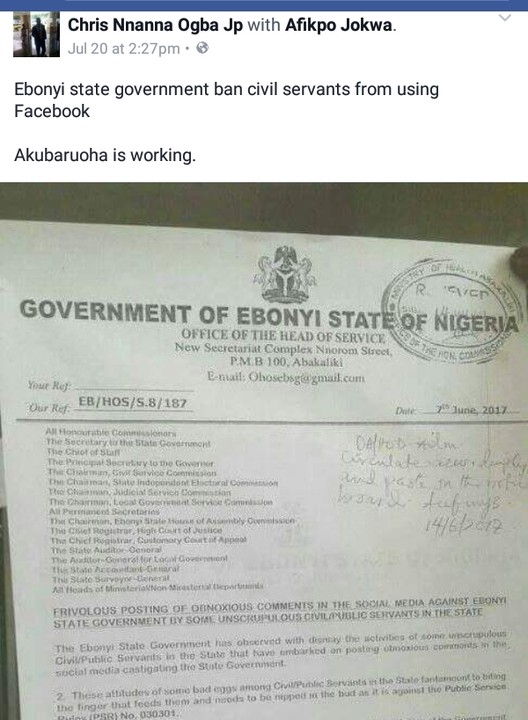 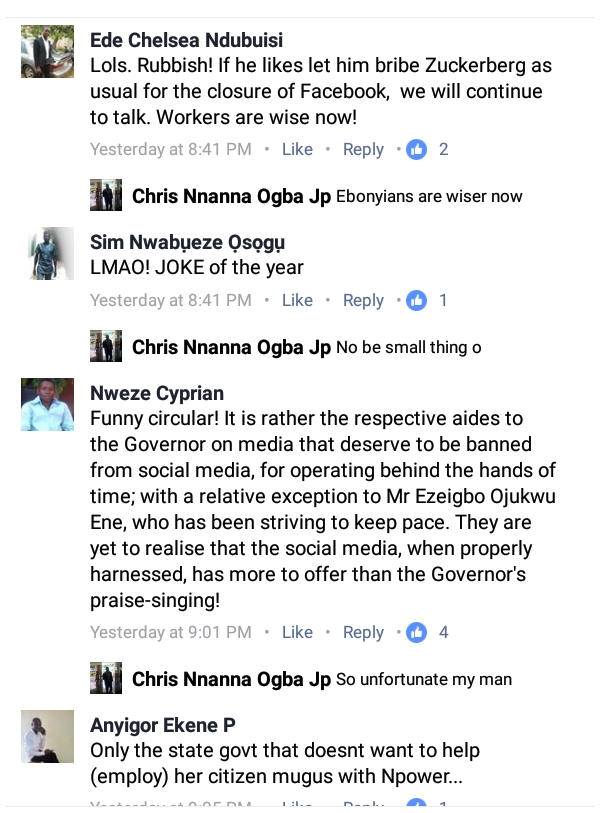