Photo: Genevieve Nnaji, Ngozi Okonjo-Iweala and Idris Elba at the Premier of Beasts of No Nation

Genevieve Nnaji, Ngozi Okonjo-Iweala and Idris Elba was spotted at the premier of Beasts of No Nation.

The movie is an African drama written, shot and directed by Cary Joji Futunaga.

The movie is based on the book written by Uzodinma Iweala, Okonjo-Iweala’s son.

Popular online streaming service, Netflix was part of the producers.

The movie was shot in Ghana and it was named after a Fela Kuti album. 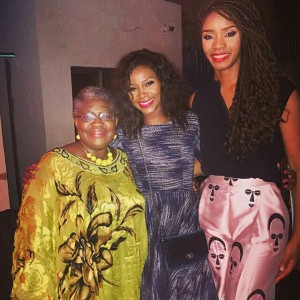 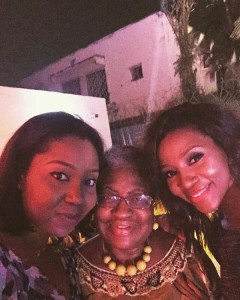 Dickson Is A Bushman And Lacks Self-Confidence – Sylva