Popular fashion retailer, H&M has come under intense fire especially from the black community worldwide after its website recently featured a young Black boy modeling a green sweatshirt with the phrase “Coolest Monkey In The Jungle” printed on the front. 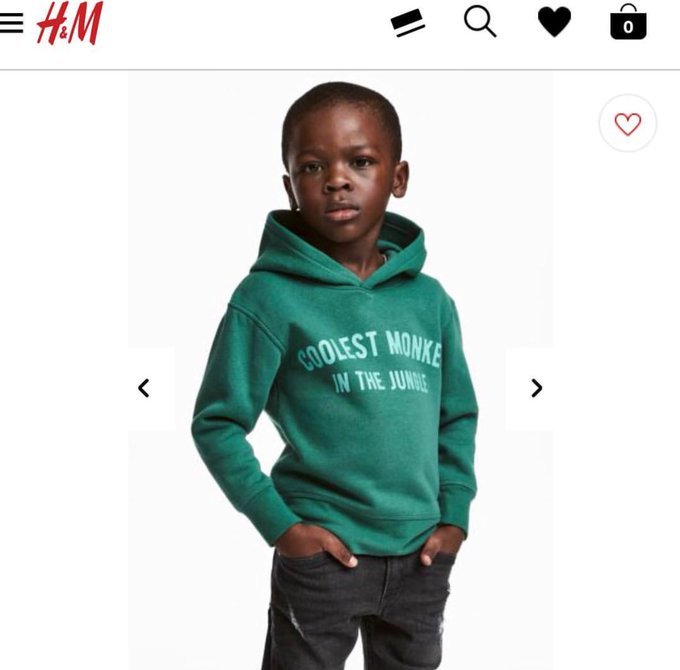 Many commentators who felt offended by the photo described it as “offensive”, “insensitive”, “unacceptable”, “tone deaf” and “racist”, with some black folks even calling for a boycott of H&M’s products.

Grammy Award-winning singer, The Weeknd said he was “deeply offended” by the message and would cut all ties with the company.

According to ABC Online, The Canadian singer had been working with the Swedish brand as a collaborator on his XO clothing label and had previously performed at the retailer’s fashion shows.

The company has since apologised though, telling The Independent UK: “We apologise to anyone this may have offended”.

My Marriage Is Intact – Mercy Johnson