The plot around President Muhammadu Buhari’s second term ambition or lack of it is getting thicker as campaign materials have begun to material among the president’s supporters.

According to Vanguard, Shittu had stormed the council chamber of the Presidential Villa where Federal Executive Council (FEC) meetings are held with ‘Ghana-must-go’ bags containing the campaign face caps.

The caps were reportedly distributed to the ministers at attendance in the meeting which held today.

Shittu had earlier said that he would lead a campaign of like-minds to encourage the president to seek re-election, while volunteering himself as the South West coordinator of the presidential campaign. 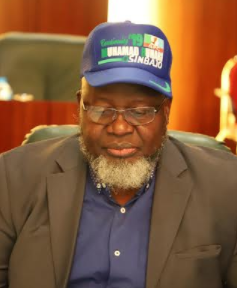