Popular Nigerian musician, Peter PSquare has been called out for wearing a fake Richard Mille wristwatch.

Fake Watch Buster, an Instagram page that specialises in exposing fake watches, made the exposé on Monday.

It shared a photo of the musician wearing what appeared to be a Richard Mille RM055 Bubba Watson.

However, it said that the piece being worn by the musician was fake, noting that the real Richard Mille RM055 Bubba Watson white ceramic retails for $233,000 (approx. N88.5 million at N380/$).

Fake Watch Buster explained that the musician could be unaware of wearing a fake wristwatch. 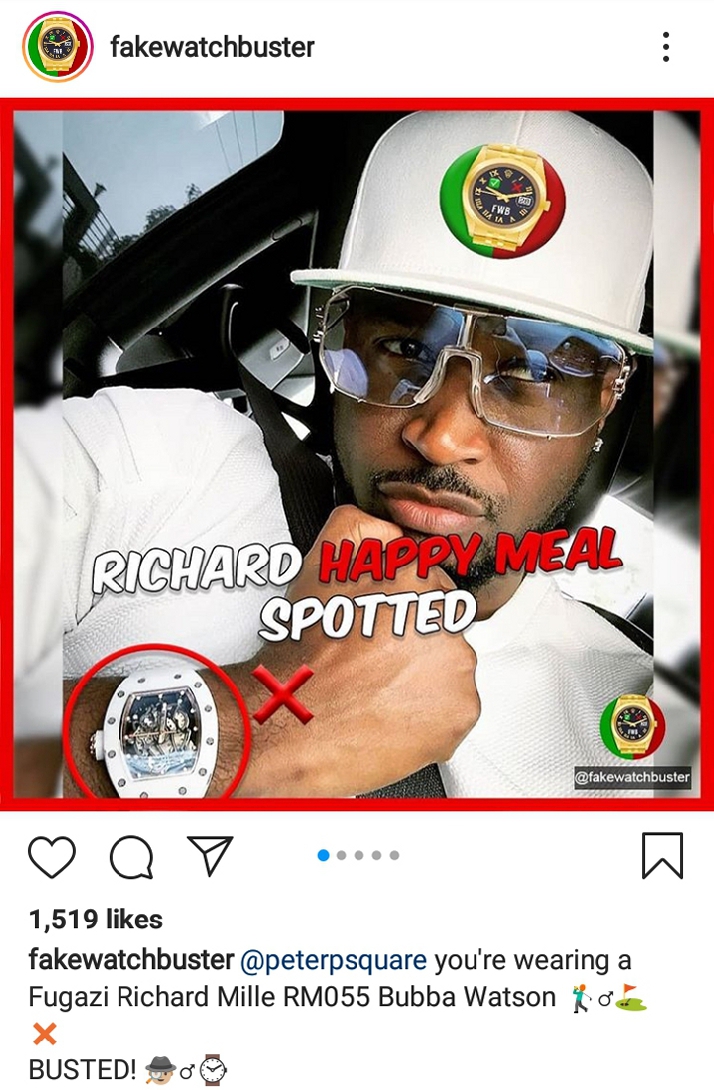 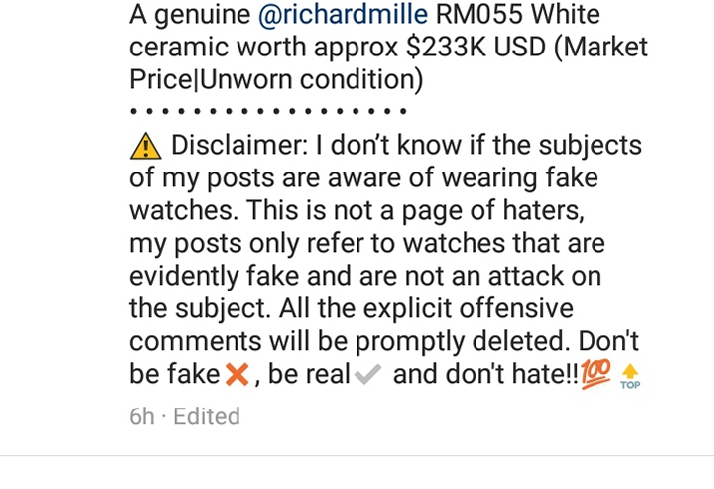