A 25-year-old man Mauricio Ossola has reportedly married his 91-year-old aunt Yolanda, so he could collect her widower’s pension after she dies. 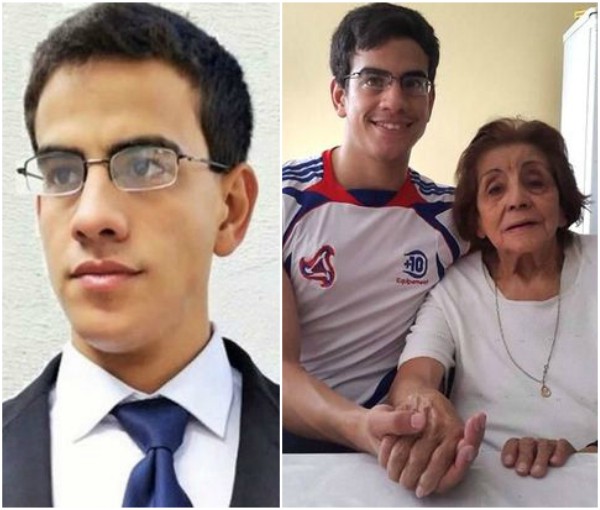 Mauricio who lived with his Great Aunt, Mother and brothers had planned to quit his law studies due to financial constraints.

Speaking to newsmen, Mauricio disclosed that he proposed getting married to his Great Aunt, which she gladly accepted.

The marriage took place in the city of Salta, north-west Argentina, eight years ago after his parents split up,

“I said to Yolanda after the separation of my parents: ‘Look Ulita, I’m going to have to abandon my studies’. Those were the circumstances that led to us getting married.

“Yolanda insisted I had to finish my studies. She would say to me, ‘I’m going to help you because you always take care of me, you go with me to the doctor’s and you’re always helping me with my problems.

” After some time had gone by, I asked her what she would think if I asked her to marry me.”

However, Mauricio who has already applied to start getting the widower’s pension after his aunt Yolanda passed away from sepsis, was denied the benefit by social services after the 91-year-old woman’s neighbours told them that they knew nothing about the marriage.

However, Ossola insists that his union to his great-aunt was perfectly legal and he will fight the decision to reject his application for the pension even if he has to go all the way to Argentina’s Supreme Court.

“I loved Yolanda in the purest way you can love someone and that feeling, along with the pain her loss caused me, will remain with me for the rest of my life,” he said.