A road crash along the Oba Ile Road, Akure, the Ondo State has claimed the lives of no fewer than five policemen.

Three others were said to have been injured in the crash, which occurred as the team was heading towards the airport in a Toyota Hilux vehicle.

An eyewitness said that the crash occurred as the driver of the vehicle tried to maneuvre a sharp bend while speeding.

It was gathered that the vehicle sommersaulted before hitting the median.

The Ondo State Police Command has confirmed the incident.

“I will have to go to the hospital where they (victims) were taken to, to ascertain the number of the casualties,” The Punch quoted the Police Public Relations Officer (PPRO) of the command, Tee-Leo Ikoro, to have said. 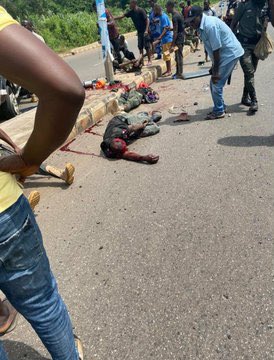 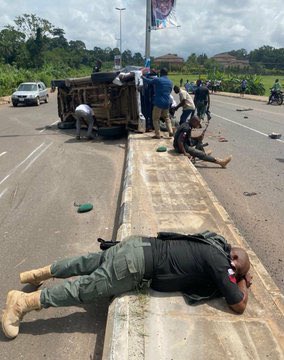