The Acting President of the country, Yemi Osinbajo has joined other world leaders at the ongoing G7 summit holding in Taormina, Italy.

Prof. Yemi Osinbajo is representing Nigeria at the ongoing 43rd Group of Seven (G7) summit due to the absence of the nation’s president, Muhammadu Buhari who jetted out of the country to the United Kingdom on May 7 on medical grounds. 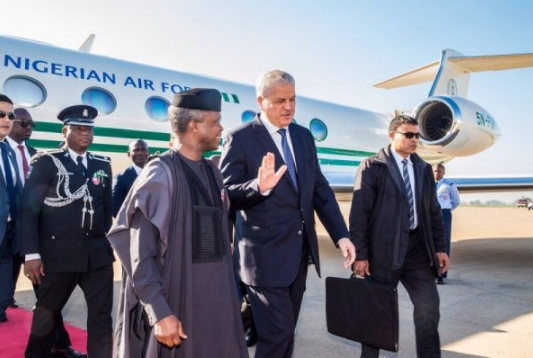 Yemi Osinbajo while at the summit will be meeting with other world leaders including the US President, Donald Trump, Emmanuel Macron, Angela Merkel and others.

The nation’s Acting President is expected to be back in the country later today.

‘There Are More Schools In North Than South’ – Borno Governor