The former captain of the Nigerian Super Eagles who got married some weeks back to his queen, Juliet after divorcing his first wife and mother of two, Jamila was led around the police facility by the Spokesperson of Kano State Police Command, DSP Magaji Musa Majia and the Divisional Police Officer, DSP Daniel Amah.

The Leicester City FC player following the tour expressed confidence in the Nigeria Police Force after seeing the practical transformation that took place in the Station.

He further added that the holding cell for suspects is one of the best he has ever seen in Nigeria based on the conditions within the holding unit.

In comparison to those in the Western world, Ahmed Musa noted that the holding cell is better compared to others in Nigeria in terms of convenience, facility and respect of human right. 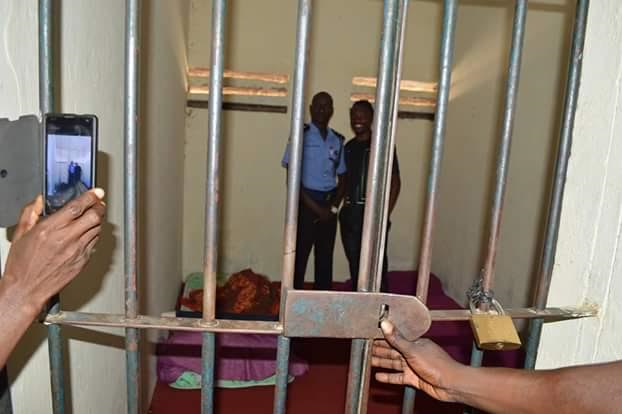 Quit Ultimatum: Militants Insist On Exit Of Northerners From The Niger Delta