Photos and Videos from SimiAdekunle 2019 Surface as “Promise” Drops

Photos and videos from the hushed up wedding ceremony of singing sensations, Adekunle Gold and Simi were released earlier today on Adekunle Gold’s YouTube Channel.

Nigerians are constantly being surprised by the loved up duo. For years, there has been unconfirmed speculations on whether the two were in a relationship, only for them to drop the news of their marriage, sans warning and sans the customary pre-wedding photos, a week before the wedding. 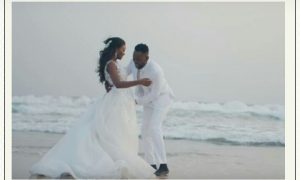 The wedding finally took place at Lagos in the presence of a small number of family and friends. 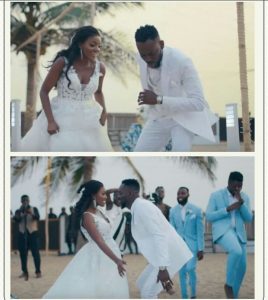 Earlier today, Adekunle Gold released visuals for his song “Promise” and it is obvious that the scene on the video are from his wedding as he and Simisola can be seen at the beach in their wedding finery.

The couple haven’t released an official statement on whether the video is an actual clip from their wedding.