(Photos): Another Accident Occurs On Otedola Bridge After Tanker Fire

A day after over 20 persons and 54 vehicles were burnt on the Otedola Bridge, in the Berger axis of Lagos-Ibadan Expressway, another accident has occurred on the axis.

According to information provided by the Rapid Response Squad (RRS), a unit of the Lagos Police Command, a commercial bus popularly called danfo ran into a white Hiace bus.

Photos of the incident posted on the squad’s Twitter page showed that both vehicles suffered varying degrees of damage.

However, no life was reported lost in the incident.

Added to the photos was the statement: “Otedola Bridge Fire:
Reckless Danfo driver speeding on 1 had an head -on collision with Toyota Hiace bus entering Lagos opposite s of yesterday’s tanker fire. The buses been moved from obstruction while wounded passengers hospitalised.” 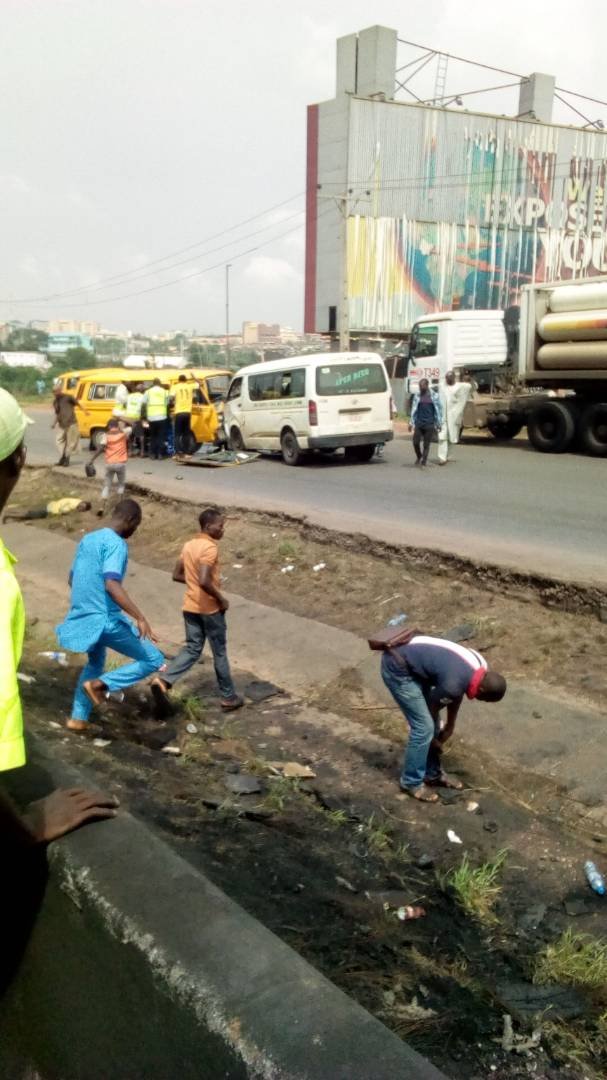 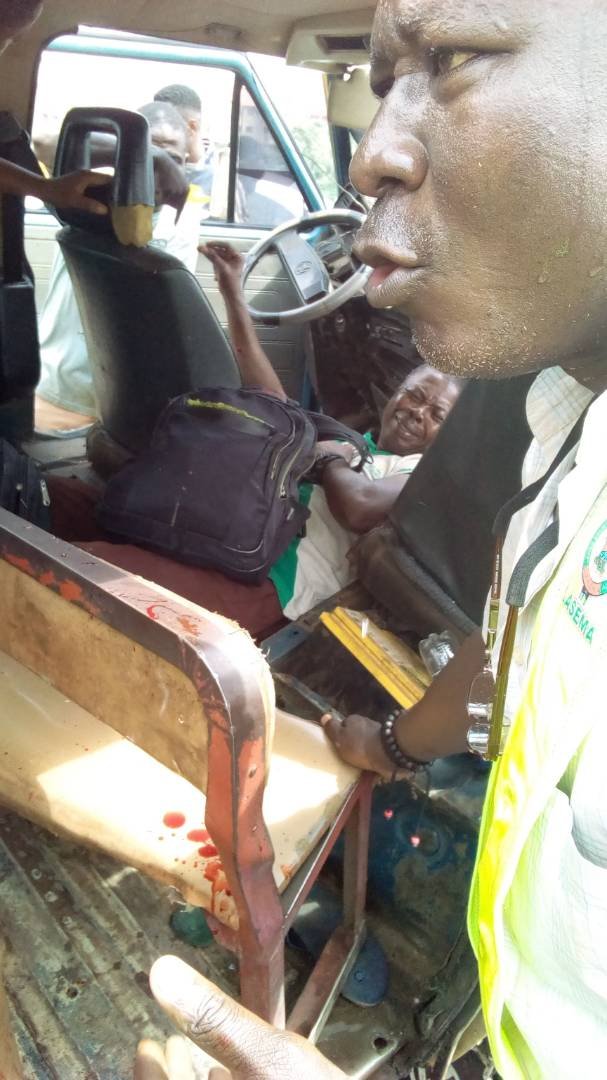