While most people have been on the President’s neck over the removal of fuel subsidy, Bauchi youths have come out to stage a protest in support of the President’s decision.

The NLC and many other parties have decried the move with the NLC giving the Federal government an ultimatum to reverse the price or face a strike action.

Meetings between the Federal Government and Labour so far have yielded no results and it remains to be seen what will happen on that front.

But the Bauchi youths want to stand behind Buhari’s decision which is being touted to in the long run provide jobs and abolish fuel scarcity.

You can see the photos below. 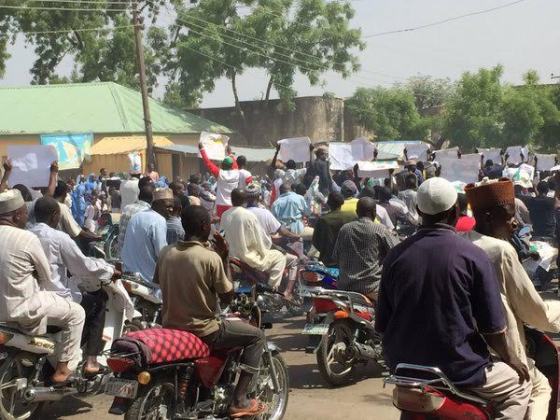 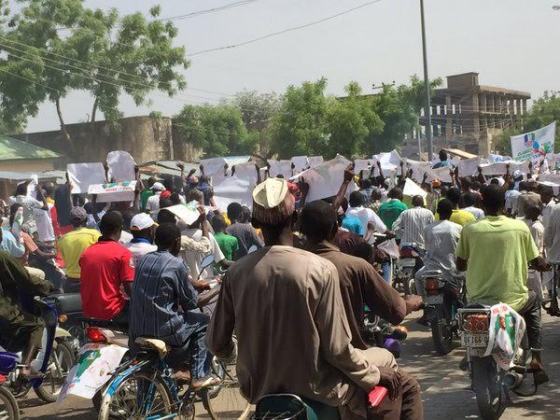 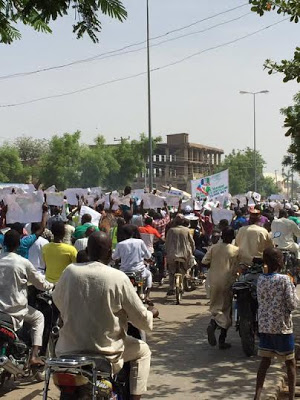 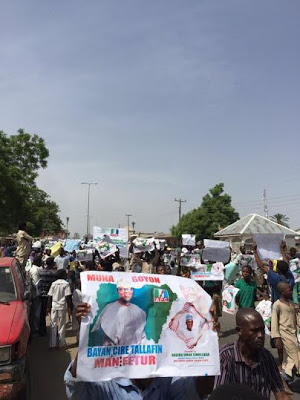 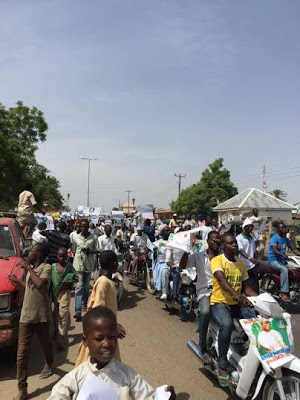 Photo: Arsenal Star Proposes to His Girlfriend, see what he said

Just In: Chelsea Striker Diego Costa left out of Spain Squad for the Euros