Photos: Brymo Advises Guy who asked him for School fees to Drop out of School

Singer Brymo generated a lot of controversy yesterday when he advised a twitter user who’d asked him for money for school fees to Drop out of school.

A twitter user had asked the singer for the sum of N65,000 with which to pay his tuition fees.

The singer had responded saying that the guy should dropout of school and pursue his dreams which was what he himself had done.

The response got mixed reactions with some fans stating that he wasn’t supposed to answer in such a way and others saying what he did was right as he was only telling the truth.

You can see the tweets below. 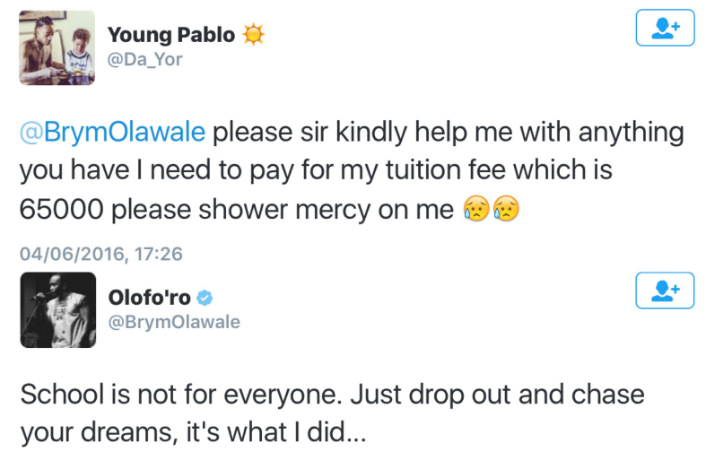 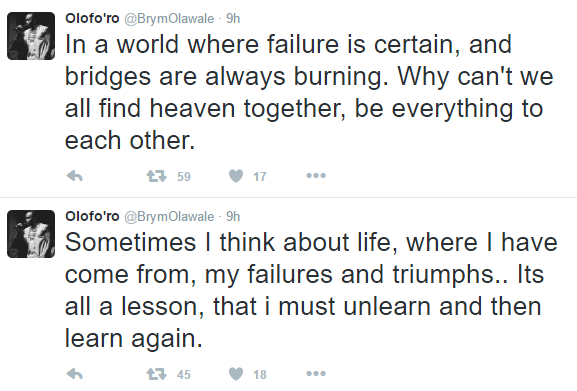