A dead Buddhist monk in Thailand, Luang Phor Pian, left many bewildered after he was found smiling two months after his death.

Originally from Cambodia, the 92-year-old Pian succumbed to an illness in a hospital in Thailand’s capital, Bangkok on November 16, 2017.

His body was returned to the central Thai province of Lopburi, where he spent most of his life serving as a well-known spiritual and Buddhist guru.

However, when his followers uncovered his coffin to change his clothes this week, as is customary, Pian was found smiling.

Also, his body had not decayed, and was like that of someone who had died in the last 36 hours, reports said.

His followers said the monk’s peaceful state was a sign that the respected monk had reach nirvana.

His followers took pictures of the amazing sight and shared it on social media.

The monk, two months after death 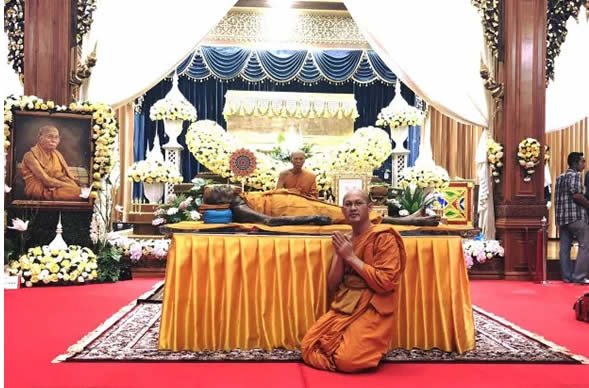 The monk lying in state 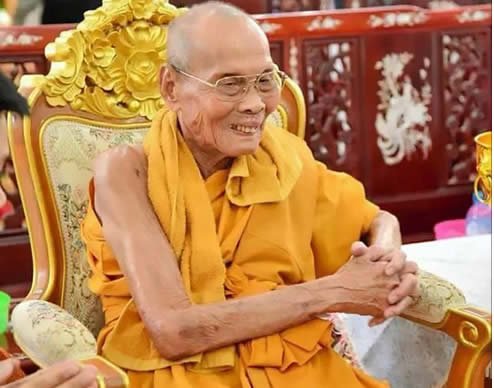 The monk before death

Full List: 16 States That Have Volunteered Land For Cattle Colonies