The flamboyant senator has now bagged a Master of Science degree in International Relations and Diplomacy from the prestigious Amadu Bello University in Zaria.

Dino’s appearance in a graduation gown for the convocation ceremony on Saturday, caught people by surprise as it equally had the likes of Aliko Dangote in attendance.

Dangote was later captured felicitating with the law maker as he went about exchanging pleasantries with some other attendees.

See pictures from the event below. 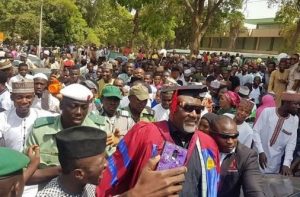 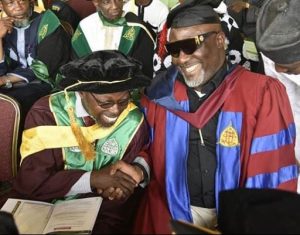 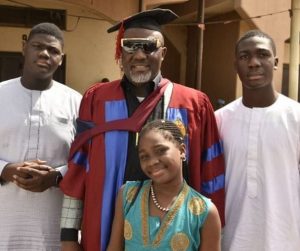 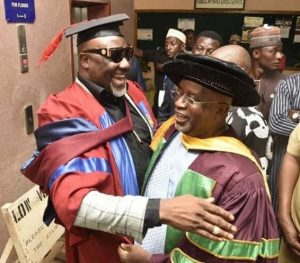 Insecurity in the North: Armed robbery started in the South East – Balarabe Musa

Buhari meets Queen of Netherlands, seeks intervention in agriculture, others