The 45th US president who flew into Saudi Arabia accompanied by his wife, Melania and arrived some minutes ago at the Royal Terminal in Saudi Arabia.

The United States first couple were welcomed by King Salman. 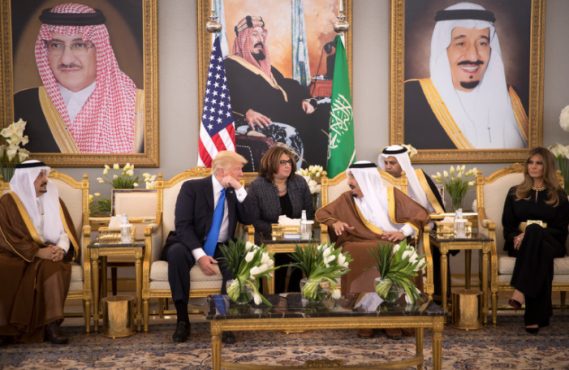 Donald Trump and his wife will be in Saudi Arabia for two days during which he is expected to announce a $100 billion-plus arms deal with Saudi Arabia as evidence of a renewed commitment by the United States to the security of the Gulf region.

President Trump is also expected to deliver a speech calling on the Muslim world to unite against extremism and terror.