PHOTOS: Frustrated Yahoo Beats the Heck out of ‘Sly’ Friend who stopped Talking to Him

An alleged Yahoo boy identified as Jeff Egbadon, took on a former friend of his, Zion, in a no-holds-barred fight in the in Idi oro, Mushin area of Lagos.

Egbadon who has been accused of being an internet fraudster who swindles people of their money, made a big break, earning a very decent $150,000 from his ‘hustle’

He then went on to spend it rather hastily with the help of some of his friends.

As with all such things, the money soon ran out and Jeff was left with nothing. What more, the friends who had spent the money with him were also nowhere to be found as they all stopped talking to him.

A visibly frustrated Jeff was out for blood and he tracked his ‘friend’ Zion down and what ensued was a fight of epic proportions.

You can check out photos of the brawl below 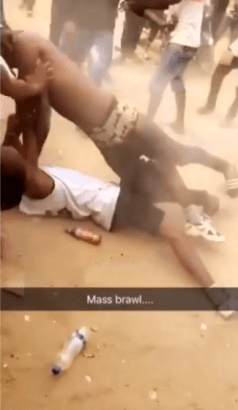 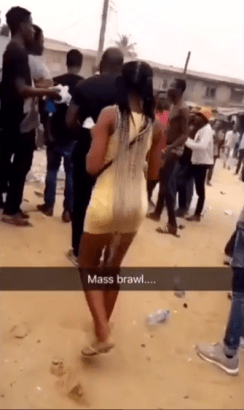 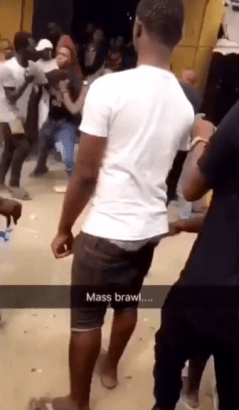 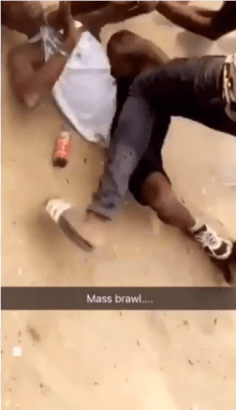 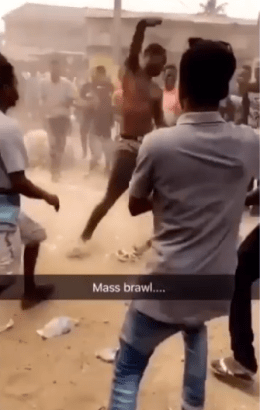 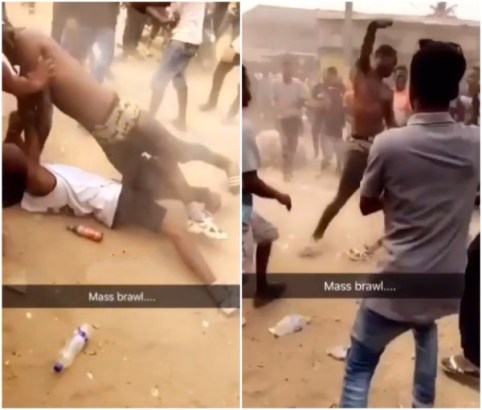