The heavy downpour which started around 8.45am today reportedly wreaked havoc on some hostels and other popular spots at the University of Lagos, Akoka, Yaba, Lagos.

Photos posted by thegazellenews, showed roofs of structures within some hostels blown off while some other structures collapsed.

According to the photos, affected places are the Moremi and Fagunwa hostels, Radiography Department and Mbonu junction.

However, no life was lost in the devastation left behind by the rainstorm. 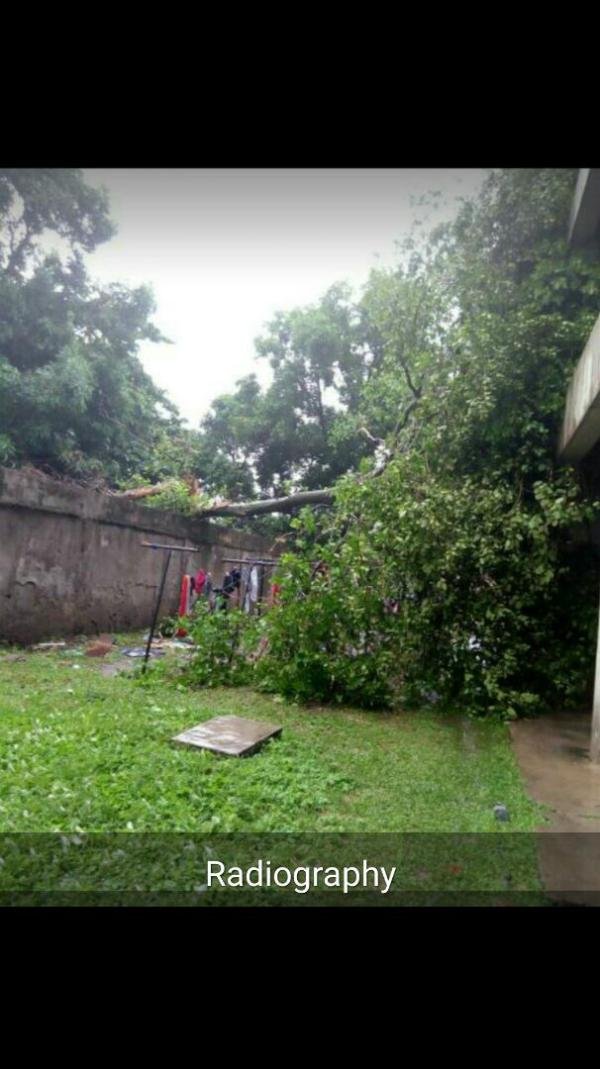 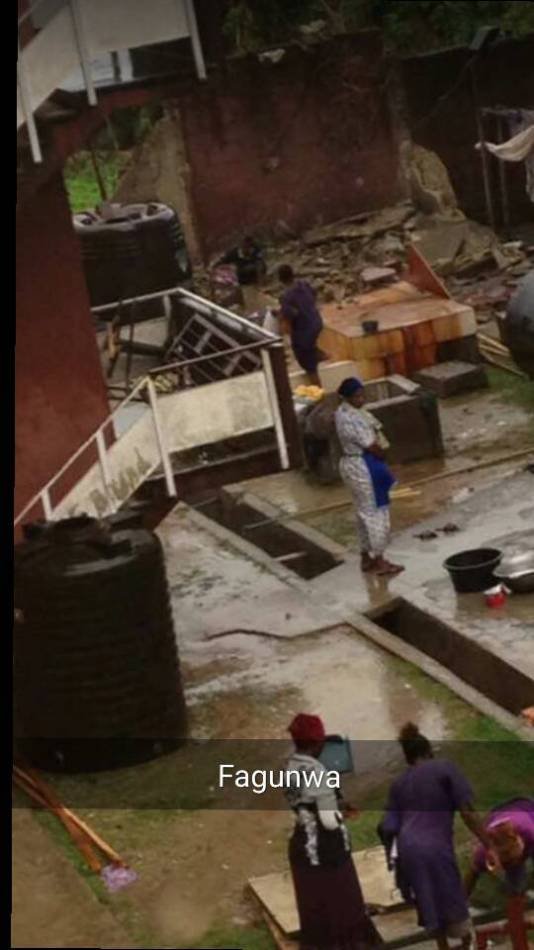