Photos: Man caught In Motor Park with pistols buried Inside Bag of Garri

The Chairman of the National Union of Road Transport Workers, NURTW, Mr Martin Umbie, has arrested a 32-year-old man at the motor park in Obudu Cross River for possessing firearms and hiding them in a bag of Garri.

The  suspect who was identified as Emmanuel Akamabe claims that one Mr Ezekiel Bala from Wukari, Taraba state asked him to deliver the pistols to a client in Calabar.

Emmanuel who was nabbed on Tuesday morning at Obudu Motor Park was found with two Barreta pistols, two empty magazines and two live rounds, hidden in a bag of Garri.

See photos of when he was caught below ; 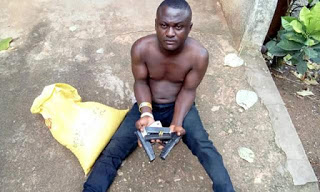 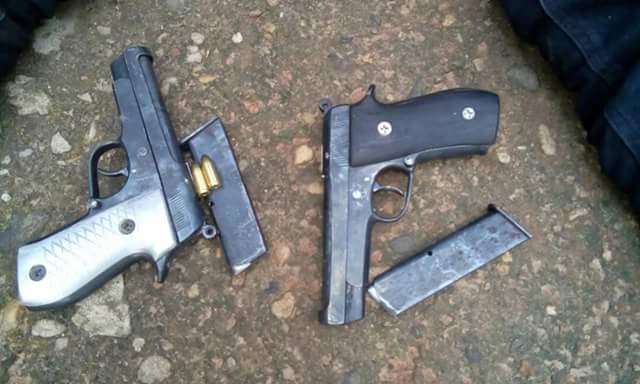 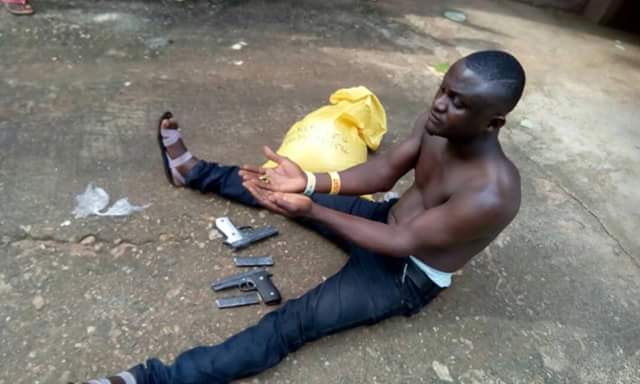