Members of the Academic Staff Union of Polytechnic of the Moshood Abiola Polytechnic, Abeokuta embarked on a protest yesterday against the management of the institution.

The protesting ASUP members of the institution revealed that their agitation was against the alleged directive ordered by the Technical Committee set up by the Ogun State government to upgrade the institution to a university status.

The members were seen using diabolical items such as sacrifices to convey their disapproval of the directive laid down by the management and the state government. 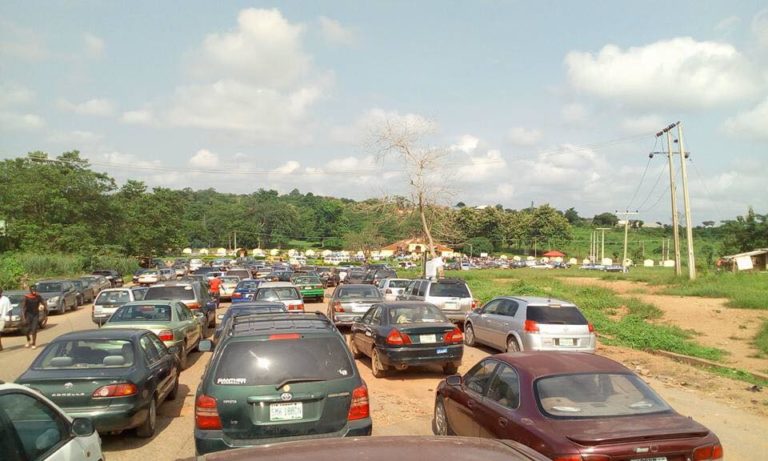 The protesting members alleged that the committee saddled with the task of overseeing the transition of MAPOLY to Moshood Abiola University of Science and Technology, headed by Prof. Peter Okebukola is in the process of sacking over 250 lecturers of the institution.

They further alleged that the committee further added that the sacked lecturers could reapply for their positions following the transition process. 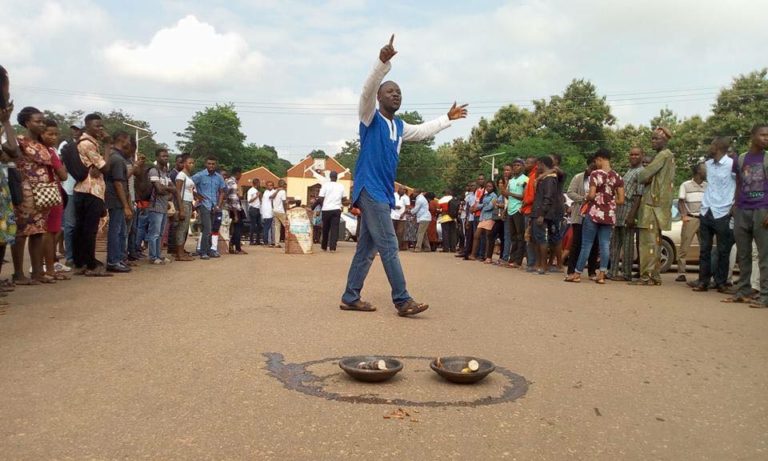 Video: Man Proposes To Girlfriend As He’s Being Arrested By The Police