The First lady of the United States of America, Melania Trump has received heavy criticism for her choice of christmas decorations in the White House.

She designed a decoration theme that serves as an ode to the past: “Time-Honored Traditions.”

According to the White House, the decorations include a tree tribute to Gold Star military families, President Ronald Reagan’s china, President Franklin D. Roosevelt’s 1866 edition of “A Christmas Carol,” and an official White House Christmas tree adorned with glass ornaments emblazoned with the seal of each state and territory.

See below some of the comments by social media users who found the decoration Scary and inappropriate for the occasion. 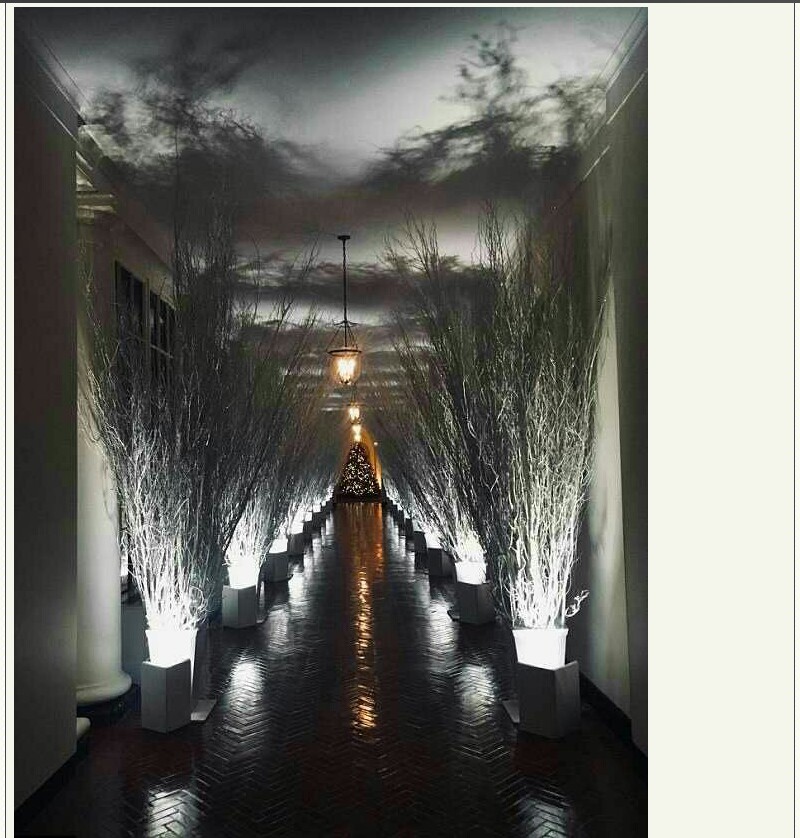 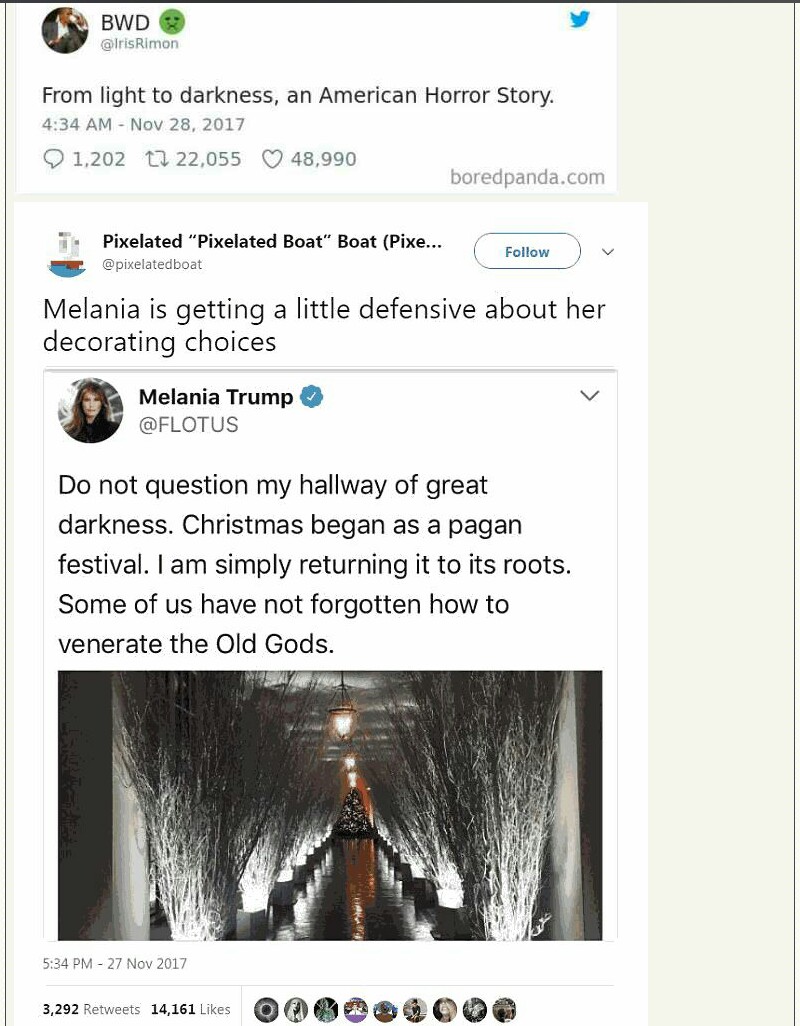 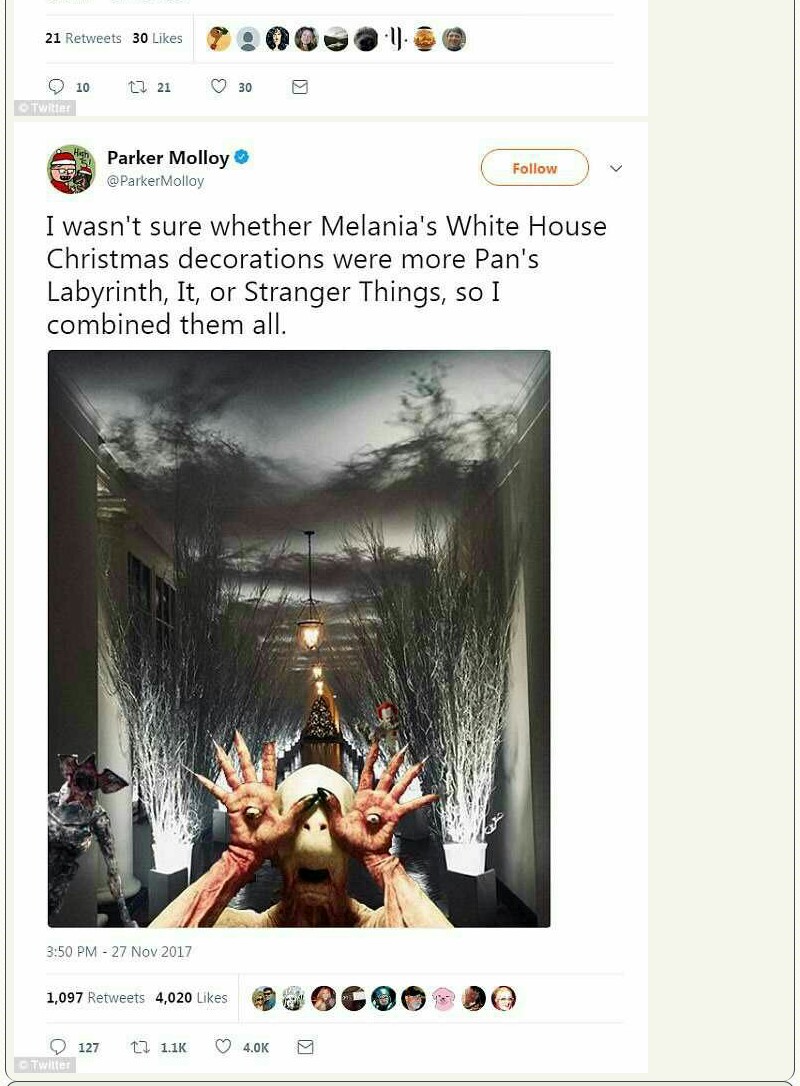 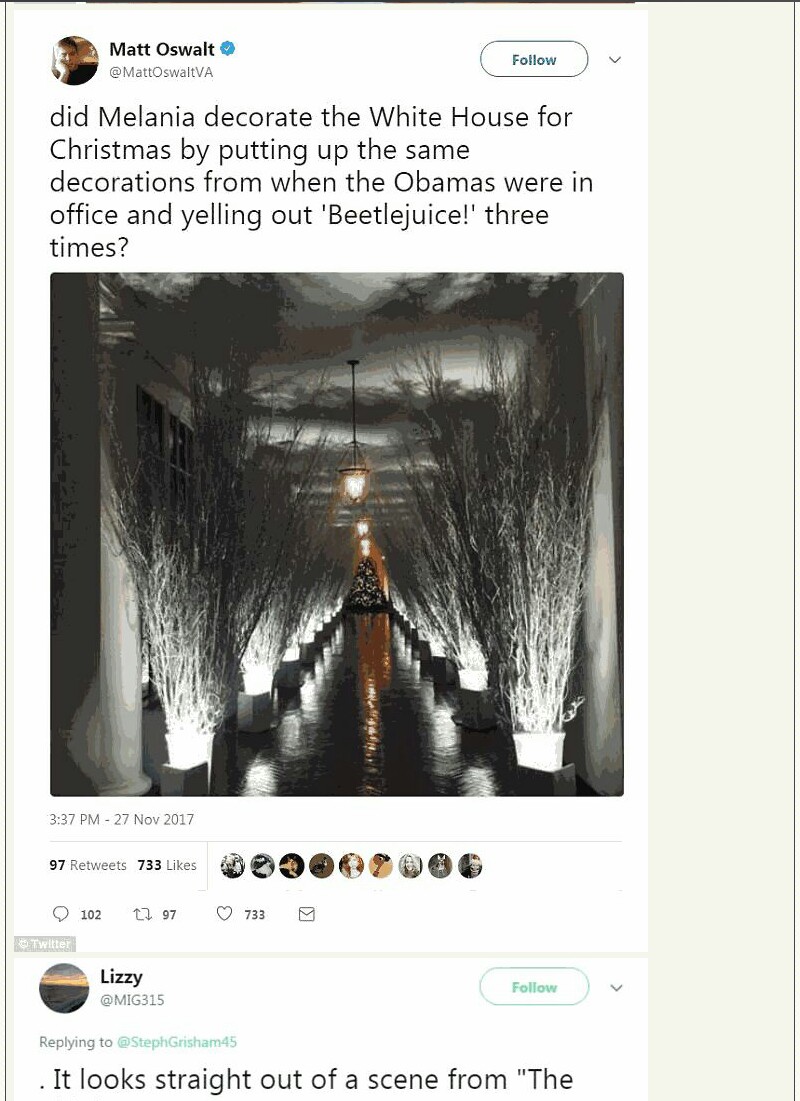 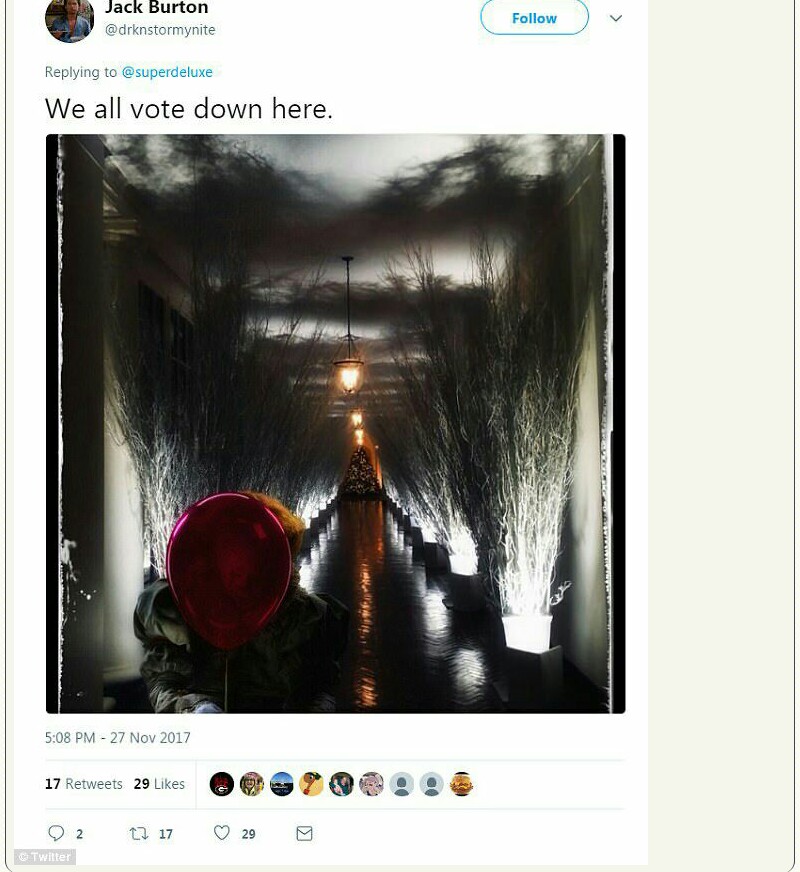 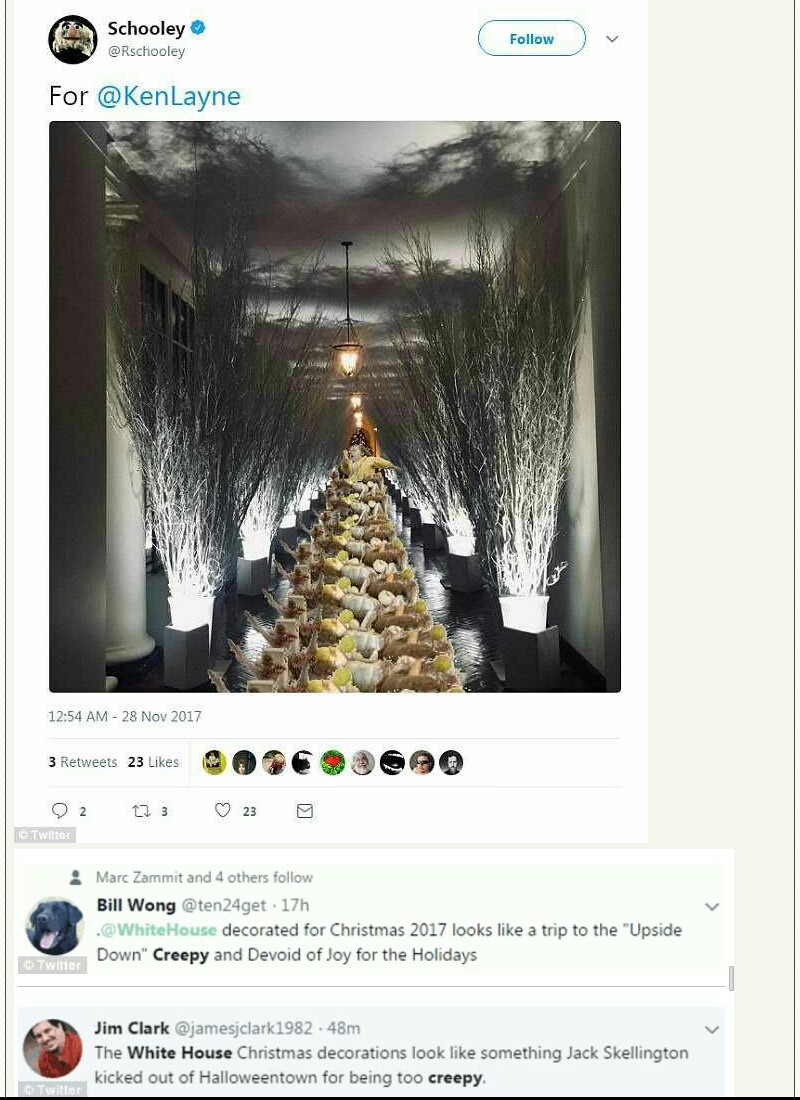 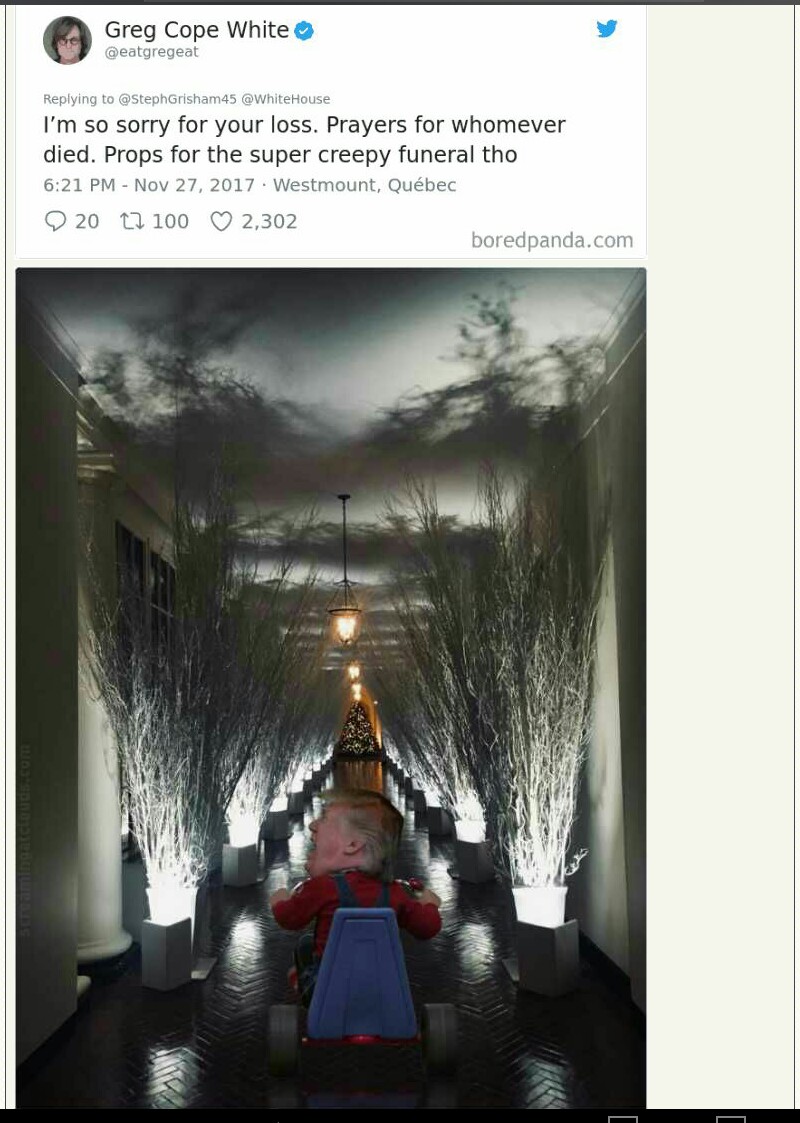 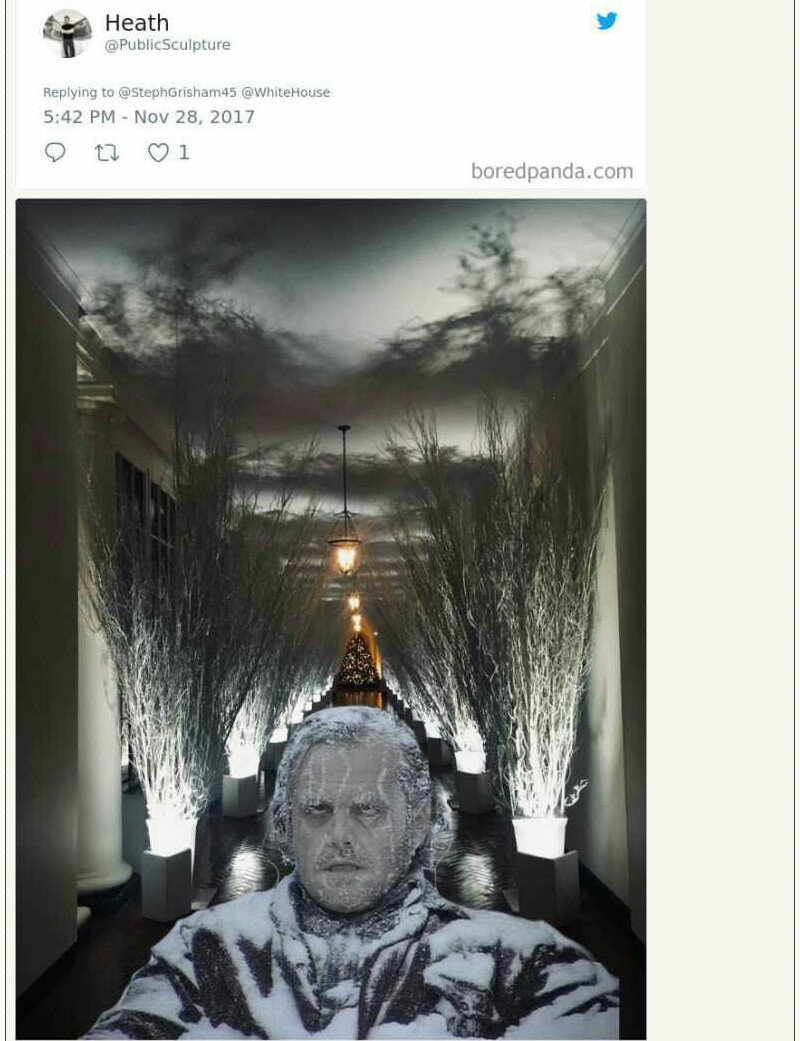