Photos: Naked Woman Embarks On Lone Protest After Her Car Broke Down Hours After Purchase

A naked woman took to the streets to stage a bizarre protest outside a car dealer’s home. in Brazil.

The footage which surfaced online was reported to have been taken in Santa Catrina, Brazil.

The footage shows a 29-year-old woman tearing down a man’s fence and destroying other properties to register her grievances. 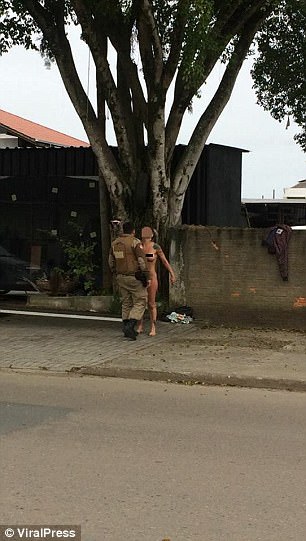 Eyewitnesses reported that the woman had purchased a car from the dealer several hours prior to the protest but the car broke down not quite long after the purchase was made.

The lone protester explained to the police that she had called the dealership owner but he refused to repair the car she bought from him which broke down just hours after purchase.

The woman in the footage was heard shouting and ranting about the bad service delivery as she attacked the black metal gate at the entrance of the dealer’s home. 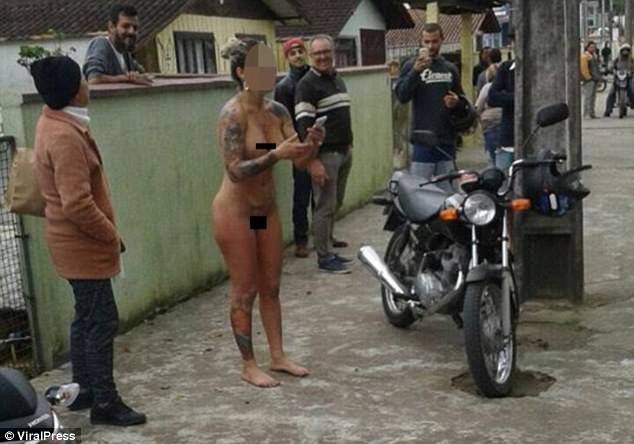 She was however arrested by the police not long after and detained under Brazil’s article 223 for public decency. 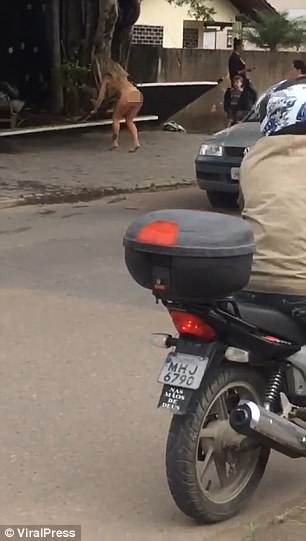