As the heavy downpour returns ushering in the rainy season, Lagosians are beginning to feel the familiar pangs of flood and its ability to displace residents at any given time.

Victoria Garden City in Lagos state is one of the unprepared areas which played host to an accumulation of water following a heavy downpour thereby rendering their roads practically unusable.

Lagos, predisposed to flood has started to feel the usual setback caused by floods as cars could neither go in or out using the route.

Residents of the area have yet again lamented the poor drainage facility in the area blaming it for the recurring flood. 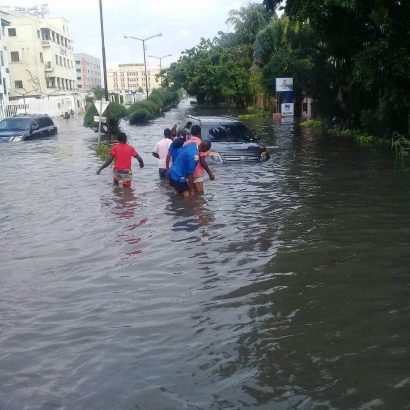 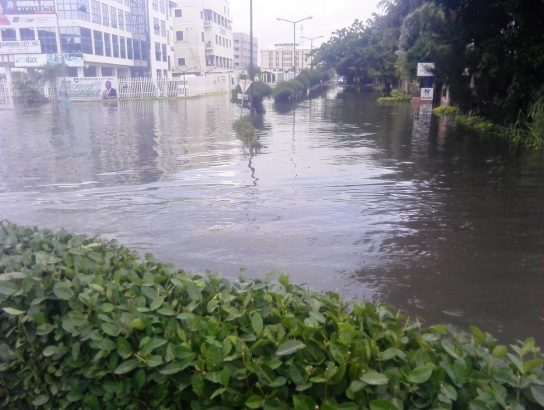