A Nigerian car owner, Q.S. Abba has explained how his 2013 Toyota Corolla car erupted in flames in spite of being parked for nearly 12 hours.

Blaming the incident on mechanical fault, he said it was “unacceptable” while demanding explanations from the Japanese car manufacturer.

Taking to Twitter on Friday, Abba said, “I bought a new Toyota Corolla 2013 (South Africa) back in 2015. I have since been driving it without issues. However, something mysterious happened on the 3rd of June, 2020.

“On the day before (2nd of June), I returned home around 7:30 pm and parked the car without any issue.

“To my utter shock, my neighbours woke me up around 7:00 am the following day (3rd June) to inform me that my car was on fire.

“It sounded like a joke; for a car parked twelve hours ago to catch fire all by itself. “This has to be a sabotage”, I whispered to myself before I quickly got dressed and went to check, and alas, she was on fire! 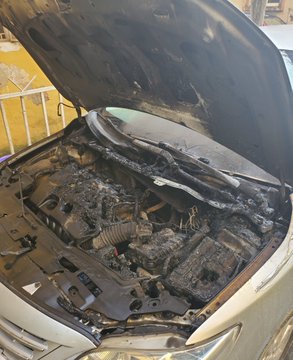 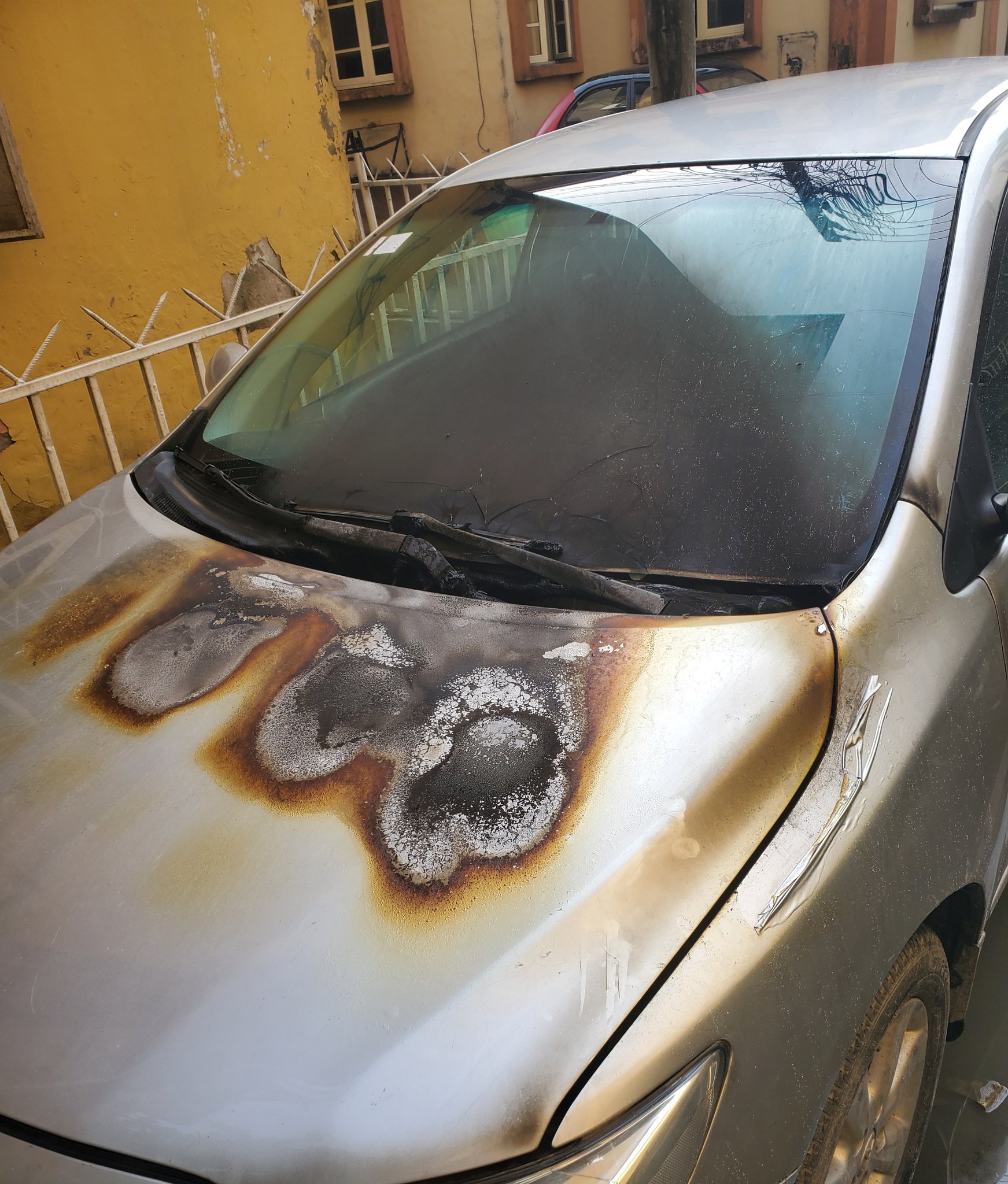 “But my very good neighbours were already ensued in a fight with the fire, and the only thing I did was to open the car for them to finish the last flame with their extinguishers. I’m deeply grateful to their good neighbourliness.

“When the emergency was dealt with, I began to search for answers to this mystery, and what I learned was more shocking than the mystery.

“My mechanic told me that that particular version (2012-13, South Africa) of Toyota Corolla had a flawed breaking system design, which caused it to catch fire by itself, even if the car was off for a long time.

“Not entirely convinced, I called another mechanic for a second opinion, who drove me to his workshop, where he showed me another burnt Toyota Corolla like mine, and told me the same thing happened to her.

“He also told me about another one that caught fire in the middle of the night, which eventually burnt another vehicle and an adjoining building. He said “Oga, all countries rejected this car, but Nigeria allowed it. It is sad”.

“He told me many people were changing the breaking system to American version of the same car. I have decided to put this here so that others don’t become victims of this professional negligence by Toyota, and regulatory failure by Nigeria.

“I also want to put this here so that our government will understand the cost of not having an efficient regulatory system for quality and standards.

“I also want this here so that Toyota’s brand will pay for their design error, the way we paid with our resources (and probably, our lives). This type of error should not be allowed to happen again.”