Six Indonesian women were publicly flogged for offenses relating to pre-marital affairs, leaving two of them too weak to walk thereafter. They had been accused of having intimate relations with men without being married. During a raid in Aceh province, the six ladies were caught at a hotel and subsequently charged to a Sharia court. They remained in jail for many months after they were found guilty of sexual offenses. 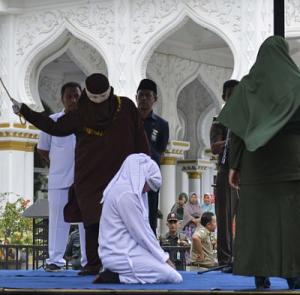 The ladies eventually got their freedom on Monday, after they were flogged in public. While four of the six women were given seven strokes each, the other two received about 25 strokes. According to an officer, the two women who got more punishment were found in more compromising situations during the raid. The ladies were flogged by a man who had his face covered while others stood to watch as he carried out the punishment.

See other photos below. 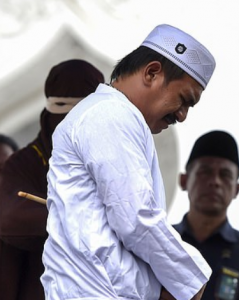 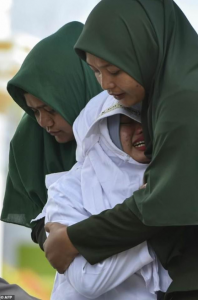 Tinubu restricts Ajimobi from APC gatherings ahead of Guber polls