An activist, Joshua Agusiobo has taken to social media to lament the brutal treatment meted out to his son by two soldiers at Command Day Secondary School, Enugu on Tuesday, October 9.

According to the agitated father, the 15-year-old student was mercilessly flogged by two soldiers on the orders of the Regimental Sergeant Major (RSM) of the school.

The severe beating left deep lacerations on the student’s back, according to photos shared by Agusiobo. 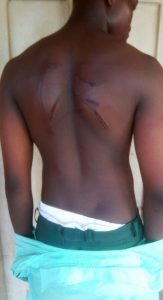 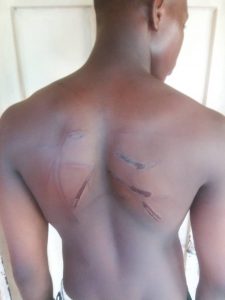 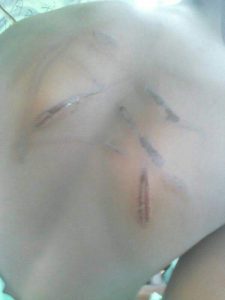 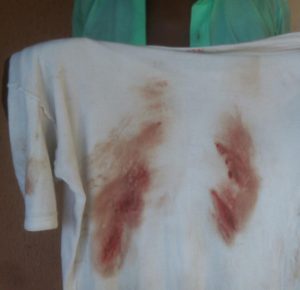 In a series of tweets accompanied by the photos of his injured son, he said, “The pictures above are not those of a criminal. These images show brutal beating of my son by two soldiers. A 15-year-old boy in SS2 in Command Day Secondary School, Enugu.

“He came back on the 9th of October with blood all over his clothes and I asked: Who did this to you and why? He said he was in the school early in the morning and the RSM stopped him from entering the school premises because he wasn’t wearing the school tie and cap.

“So he attempted to run into the school and he was caught, stripped naked and brutally flogged by two soldiers(corporal Suleman and his colleague).

“Yes, this boy committed an offence but does it attract this kind of beating like a criminal?”

He added, “On reaching the school, we met with the school admin officer Capt. Okonkwo who claimed he instructed the soldiers to carry out the task saying the boy deserves it.

“Now I ask myself, did I send my son into Nigeria Defence Academy or is it still Command Day Secondary School? Does it mean soldiers can kill the students whom they are supposed to guide and protect?

“If an ordinary 15-year-old boy could be treated like this as a student of the institution what will happen to others? I sent my son to a school to learn and they brought back a child who has been abused, physically, mentally and emotionally as well.

“I know no mother would stand the sight of his son being treated like this, that’s why I’m calling out the appropriate bodies to bring justice to this course.”

Agusiobo explained that the school’s commandant later called his family to a meeting over the incident after instructions from his superiors.

He “We just got a call from the commandant, saying that he was ordered to meet us this night (October 10) by the GOC (General Officer Commanding).

“We told them that we can’t meet them now but we will be doing that tomorrow. I will be posting the updates as they arise. We don’t want to take an ordinary sorry. We need Justice!”