A couple who planned on getting married next year in Tenerife have been forced to make last minute changes to their plans after the groom was diagnosed with a terminal illness.

The wedding plan which was almost abandoned was made possible due to the donations from strangers as the couple tied the knot at the last minute with the 63-year-old groom, Ray Kershaw on his hospital bed. 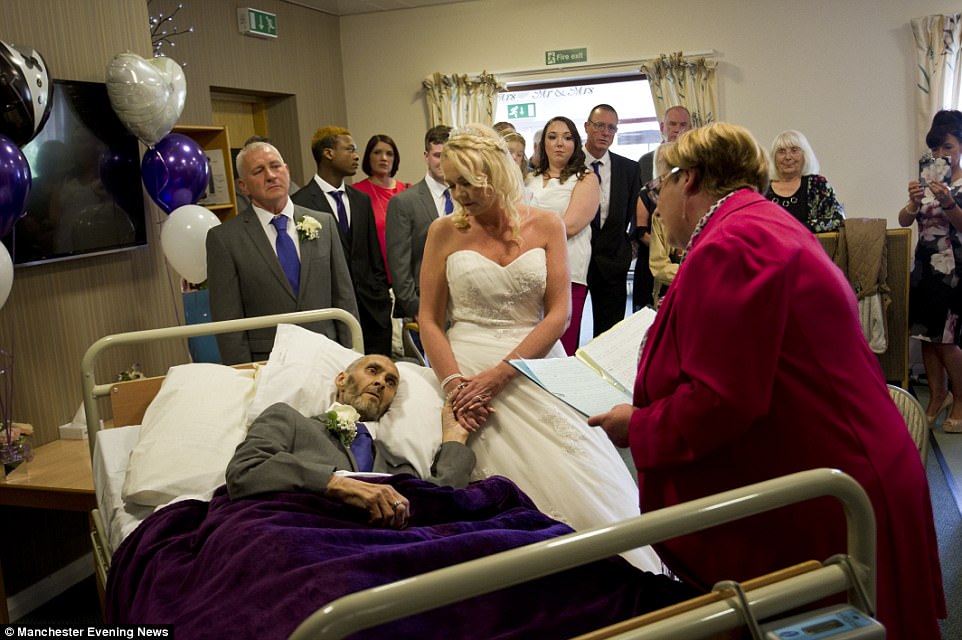 Ray Kershaw got married to his 45-year-old heartrob, Tracy Brooks, despite being diagnosed of intestinal caner at the Springhill Hospice in Rochdale, Greater Manchester.

The couple who both live in Shawclough, Rochdale, tied the knot on Saturday in a wedding which was reportedly arranged in less than 24 hours. 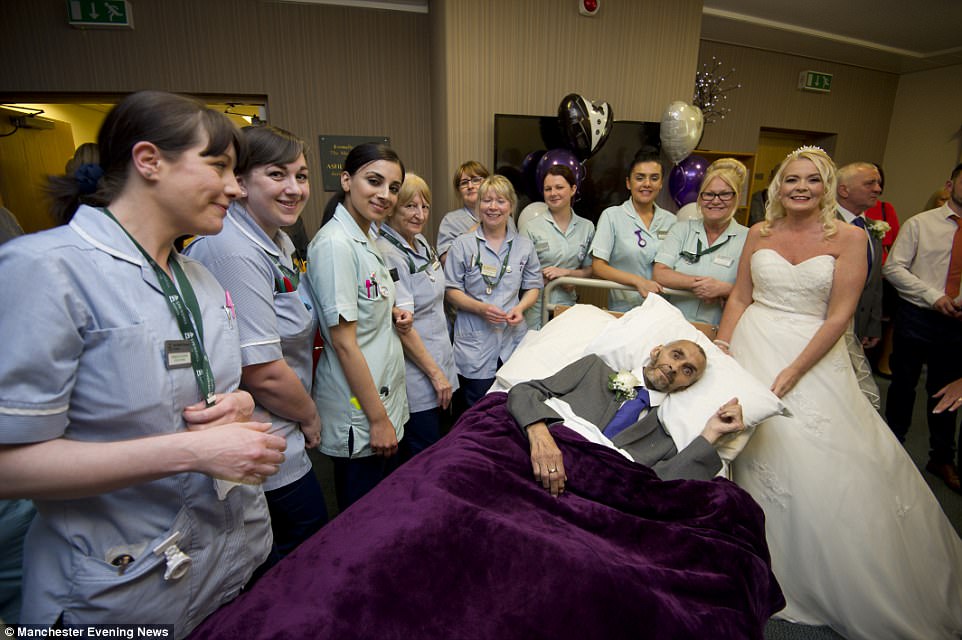 The wedding which was earlier slated for June 2 was reported to have been rushed after Ray Kershaw’s condition started to deteriorate.

VIDEO: Pastor Who Claims To Have God’s Phone Number Calls Him During Service.