In what could be called a bit of bizarre news, a mayor in Mexico has taken a Crocodile to be his wife.

Victor Aguilar, who is the mayor of San Pedro Huamelula, took a crocodile to be his wife in the southern region of Oaxaca on Friday, as part of an indigenous tradition intended to bring good fortune to local fishermen.

The female crocodile was dressed in what can only be described as a wedding dress after having previously been baptised the day before (Thursday). Her Jaws were clamped shut so as not to prove dangerous.

This is not a new thing as Tradition stipulates the respective Mayor of San Pedro Huamelula marry a new crocodile each year, as legend has it that the ceremony will bring fishermen luck in fishing.

The mayor, speaking on the tradition said: ‘With this ritual we ask for a good harvest, for the sea and the lagoons to give us all the food we need and we ask that everything goes well with everyone here.’ 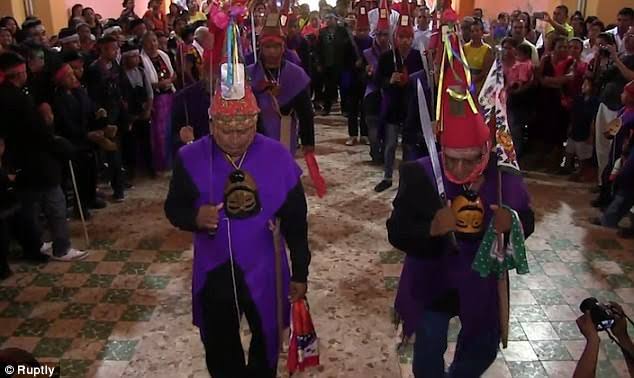 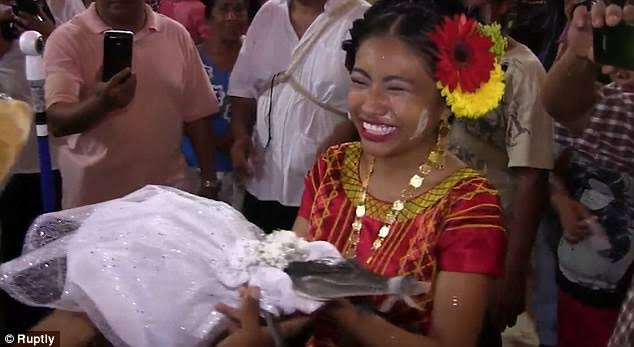 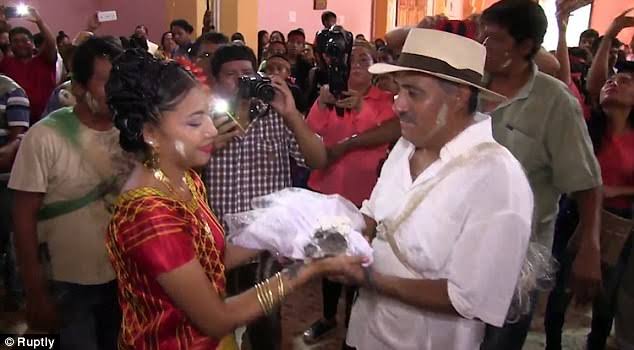 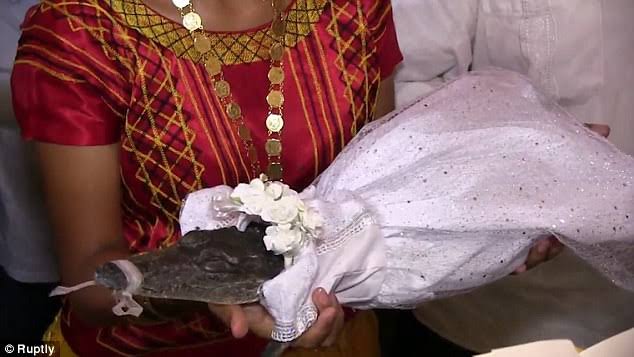