A man is currently battling with his life after his wife supposedly bathed him with a combination of boiling water and pepper.

The woman is said to have carried out the heinous act as a result of a misunderstanding they had in their house, around Sapele in Delta state. The woman has since taken to her heels as she realized the gravity of what she had done. 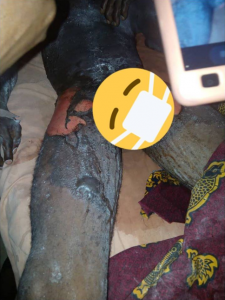 The couple has a three-month-old baby together but the suspect left her baby with the severely injured man.

Meanwhile, the victim is currently in a hospital under intensive care but the probability of his survival is not known.

See another picture below. 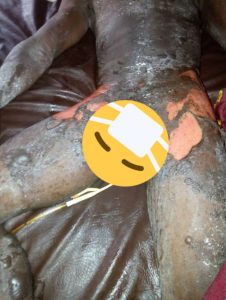 Fayemi reacts to suspension from APC