Officers of the Lagos State police command have apprehended 6 men in connection to alleged vandalism carried out on the NNPC pipelines round Abule Egba, Lagos mainland. The act eventually led to an explosion which burnt about a hundred houses, and 77 cars.

Those who carried out the act include, a House of Assembly Aspirant, Hon, Adedipe Dauda, along with Rasak Oyakunle, Abdulazeez Agboola, Akin Ayansola, Kazeem, and Saheed Isola

While parading the vandals before newsmen and the public yesterday, Lagos Commissioner of Police stated,  “On December 18, 2018, at about 2 am, there was a fire outbreak at Isopako Awori in Abule Egba area of Lagos State. 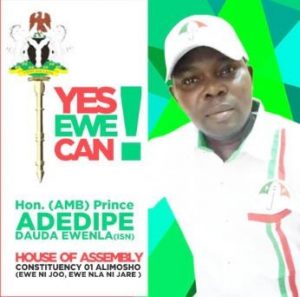 “The fire emanated from the NNPC pipeline that was deliberately ruptured by the vandals in their bid to siphon premium motor spirit (PMS) from the pipe. It destroyed 100 houses and 77 vehicles worth millions of naira.

“Following the development, operatives of the Special Anti-Robbery Squad (SARS), Ikeja, were detailed to investigate the incident and ensure that the suspects are nabbed.”

He equally explained that officers were deployed to the scene of the explosion and were able to retrieve some evidence that helped in connecting the suspects to the crime. The commissioner mentioned that one of the suspects, Oyakunle confessed that he committed the crime when he was interrogated. He explained that the broken pipeline is around a generator repairs shop he owns.

The commissioner said, “Oyakunle confessed that the workshop was located on the spot to enable them siphon fuel undetected.