A male nurse who had sexual intercourse with a patient in a coma was arrested in Arizona on Wednesday, 23rd of January, 2019.

US State Police revealed that the unconscious victim was delivered of a male child last month and through the baby’s DNA, they were able to track down the suspect.

He has since been identified as a 36-year old practicing nurse and goes by the name- Nathan Sutherland.

Nathan has been charged with one count of sexual assault, and another count of vulnerable adult abuse. 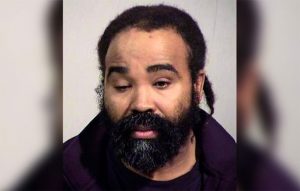 While addressing a conference, a sergeant with Phoenix Police, Tommy Thompson stated, “The baby I am told is doing good,”

Since news of the assault broke out, the manager of the health facility where the incident occurred has had to resign. Although the offender has committed a heinous crime, the victim’s family has insisted that the baby will remain with them.

One of the family members explained that the baby “has been born into a loving family and will be well cared for.”

Toxic Workplace: 5 Ways To Get the Upper Hand Against Work Bullies