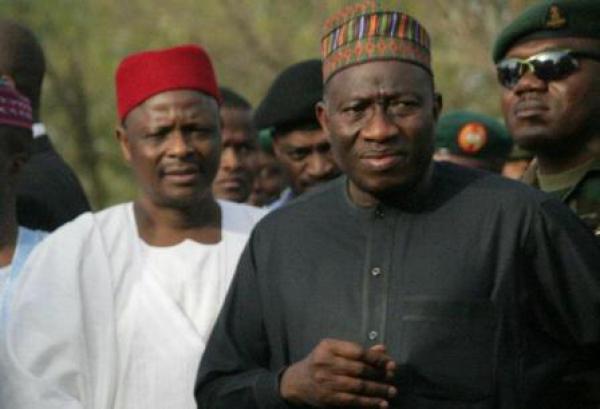 Adamawa State Governor Murtala Nyako has dared President Goodluck Jonathan to open up to Nigerians on the origins of the 2011 GEJ Presidential campaign funds it alleges were diverted by Kano State Governor Rabiu Kwankwaso.

Nyako made the dare in an open letter to the Northern Governors Forum which has been making the rounds in the mainstream media and blogs this weekend.

He said, “On the corruption mantra, while the Presidency is fond of asking governors to account for allocations given, we challenge them to live by the same token, declare what you got and account for it.

“After all we now have proof that certain projects which are not executed have been announced as completed such as the Hong to Mubi road in our state which the Minister of Information announced its execution at their Bauchi Rally.

“Meanwhile, someone should help us ask the President under what budget sub-head did he get the money he allegedly gave Governor Kwankwaso to bribe delegates to vote for him which was allegedly diverted. We think rather than vent their venom in insulting people, presidential spokespersons and media managers should do better by re-focusing the man to be more open minded and competent in grappling with the myriad of challenges facing the nation.”

President Jonathan had alleged on Tuesday at a PDP rally in Kano that Governor Rabiu Kwankwaso mismanaged N225 billion in Local Government Funds released from the Federal Accounts Allocation Committee. The President also alleged that Kwankwaso diverted funds for his 2011 campaign.

“Even the little money my campaign office provided for refreshment and transportation for Kano delegates, Kwankwaso refused to give them that money. He did that so that the Kano delegates will be angry and would not vote for me,” the President had said.

Atiku’s American University only school in Nigeria with private army

Boko Haram abduction: ‘Army not seen to be searching for girls’ – Parents